Several street names in this neighborhood end in -mar, which is Spanish for “sea”. The ocean views here are spectacular, so you can understand why. Asilomar itself was a YWCA Leadership Camp set up in Pacific Grove (near Monterey) in 1913; Stanford student Helen Salisbury coined the name in a contest. Asilo is Spanish for “refuge”, and of course mar means “sea”, so there you have it. Note: the “mar” in nearby Wildomar Street is actually short for Margaret. Whoever named these streets in 1926 may not have realized that. 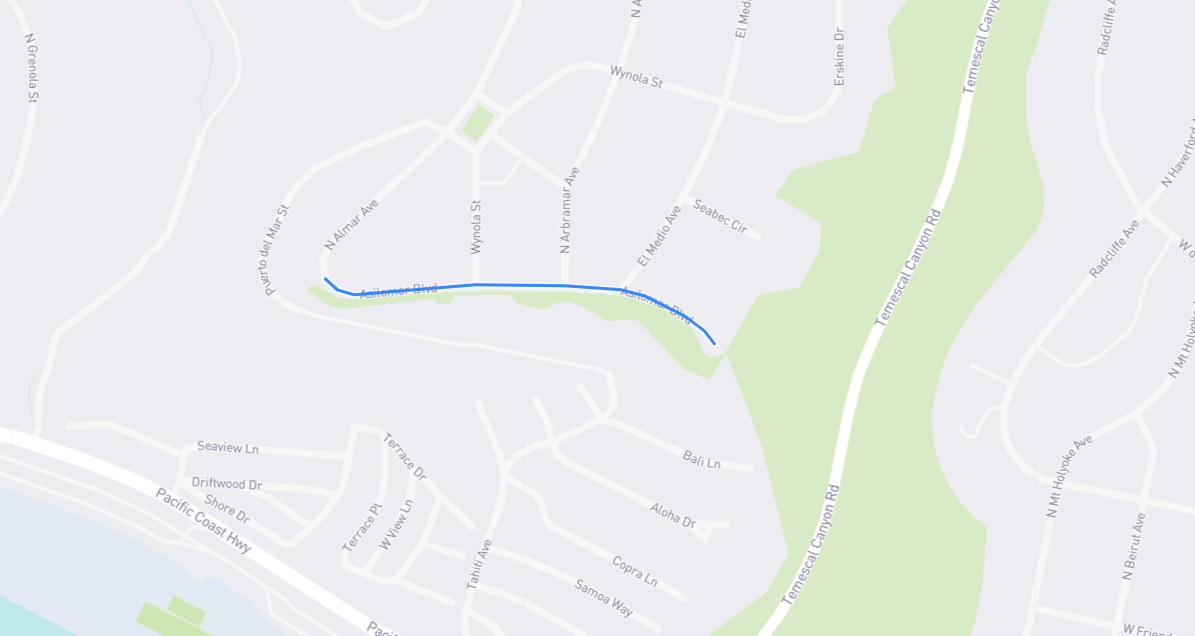