Named for James Whitford Bashford (1849-1919), a Methodist bishop and author originally from Wisconsin. Bashford was remembered for his missionary work in China, where he assisted during the 1907 famine. After 14 years in China, he suffered a “general nervous breakdown” and spent the last year of his life in the Las Encinas Sanitarium in Pasadena. This neighborhood has mostly alphabetical streets (except for “J”) that are mostly named for notable Methodists, as Pacific Palisades founder Charles H. Scott was a Methodist pastor himself. 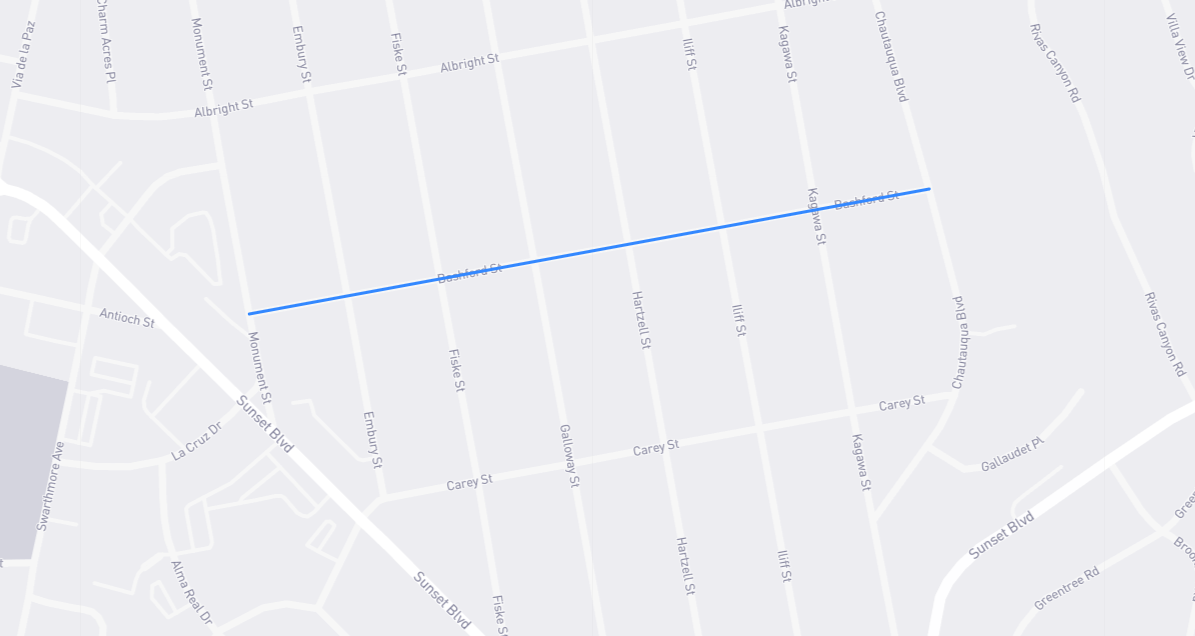