Named for Joseph Crane Hartzell (1842-1928), a Methodist bishop from Illinois. For many years, Hartzell was a pastor in New Orleans, and was later famous for his missionary work in Africa. He died after he was “bound and beaten by robbers” in his suburban Cincinnati home. Hartzell Street was named for him in 1926, while he was still alive. This neighborhood has mostly alphabetical streets (except for “J”) that are mostly named for notable Methodists, as Pacific Palisades founder Charles H. Scott was a Methodist pastor himself. 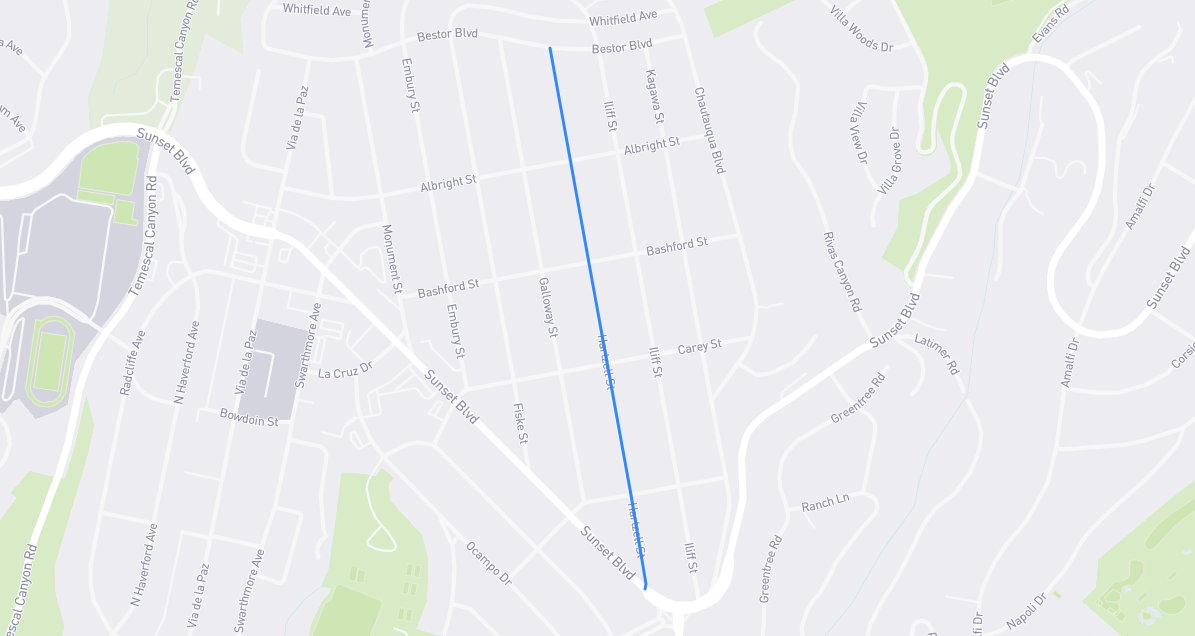