Olympiad Drive and Athenian Way both commemorate the Olympic Village that was constructed nearby for the 1932 Summer Olympics. In fact Olympiad Drive is the “new” name for the road that ran to the site; it was known as Vernon Place until 1937. (Athenian Way was added to the neighborhood in 1953.) The first Olympic Village ever constructed, this 331 acre complex housed 1,836 male athletes in 550 temporary bungalows. (The 126 female athletes were kept at a safe distance at the Chapman Park Hotel on Wilshire.) The Village also featured five dining halls, a hospital, a movie theater, and more. Along with its central-ish location on a wide expanse of vacant land, the site was partly chosen for its moderate temperatures: those bungalows weren’t exactly air-conditioned. 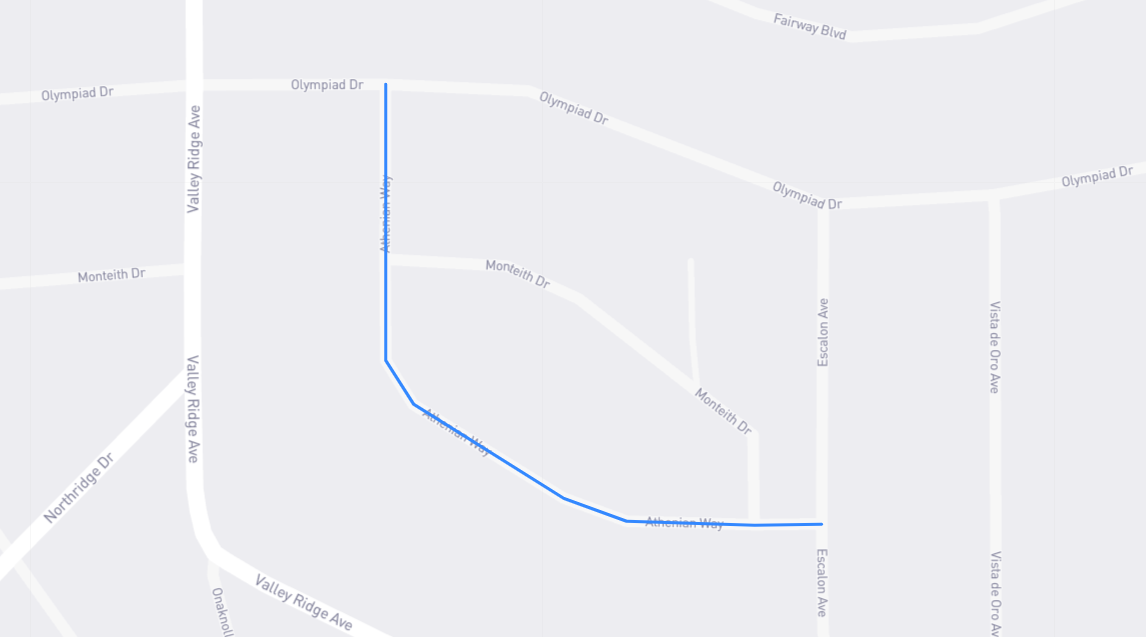