This street was laid out in 1910 near what were then L.A.’s western city limits, hence the name. Coincidentally or not, an editorial published that February read, “Pretty soon they’ll want to change Pico Street to West Boulevard or some equally fool name.” In fact Pico Street became Pico Boulevard four years later, but I assume the writer was commenting on how so many streets in the rapidly expanding city were “west”-focused (Western, Westmoreland, etc.). West Boulevard itself began south of Washington. As it expanded north, it took over the former Rosemary Avenue. 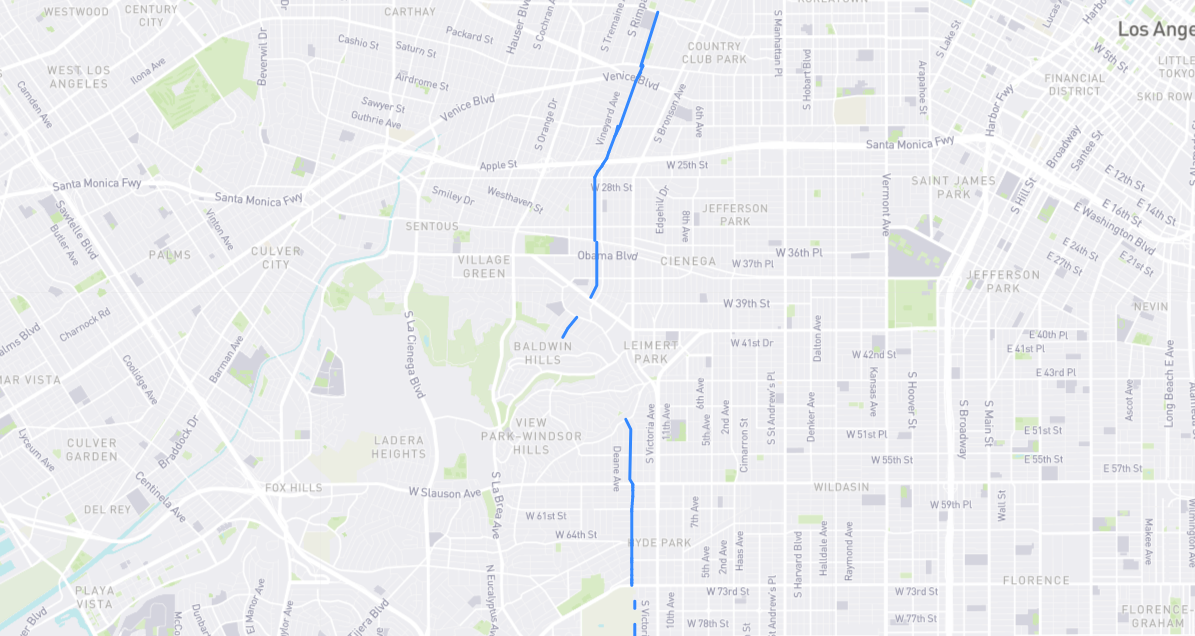