Why is one of the West Coast’s longest streets named after the ocean on the other side of the country? Look to Long Beach for the answer: Atlantic Avenue was laid out there in 1882, when LBC was still “Willmore City”. Founder William E. Willmore named his townsite’s main drag American Avenue, after his American Colony tract, then flanked it with Pacific Avenue on the west and Atlantic Avenue on the east – just like the U.S.A., get it? (The geographical context was lost when American Avenue was renamed Long Beach Boulevard in 1959.) Anyway, in the 1920s there was a push for a “highway” connecting Long Beach to Pasadena, so Atlantic Avenue was extended, becoming Atlantic Boulevard north of Bell. Finally, in 1930, it consumed Alhambra’s Wilson Avenue, which keeps only a small remnant of its old name in San Marino. 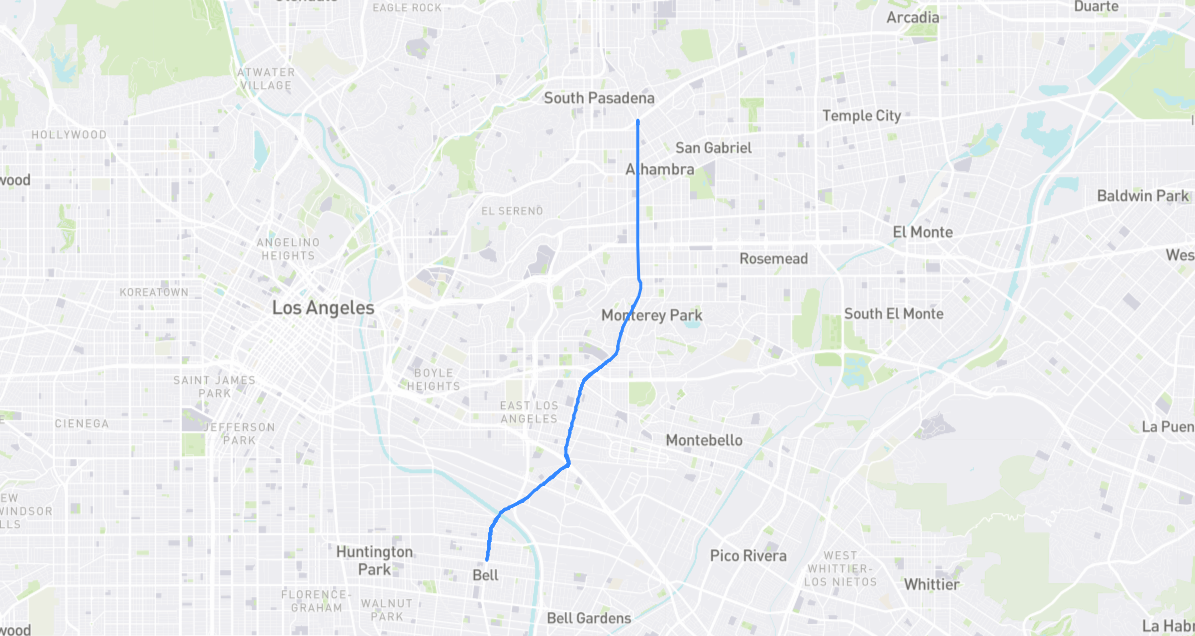