Atwater was the maiden name of Harriet Paramore (1866-1951), whose husband Fred (1855-1915) opened the Atwater tract here in 1912. Born in Connecticut and raised in Philadelphia, Harriet Howell Atwater married Frederick Wallace Paramore, the wealthy son of a St. Louis railroad magnate, in 1888. (Fred’s first wife Nellie, who died four years earlier, was known as “the belle of St. Louis” and was a star in society columns nationwide.) The Paramores moved to Pasadena in 1911 with daughter Helen and Harriet’s divorced mother. (Harriet’s father remarried in Baltimore in 1902, falsely claiming to be a widower.) Although I assume Fred Paramore named all the streets in the Atwater tract, the only other one I could source was Laclede Avenue: it was named for the founder of St. Louis. At any rate, after Fred died suddenly from diabetes-related causes, Harriet went on to live a long, quiet life in Pasadena. Postscript: In 1957, the Atwater Chamber of Commerce erected a sign announcing Atwater as “the Village within the City”, and thus we have Atwater Village. 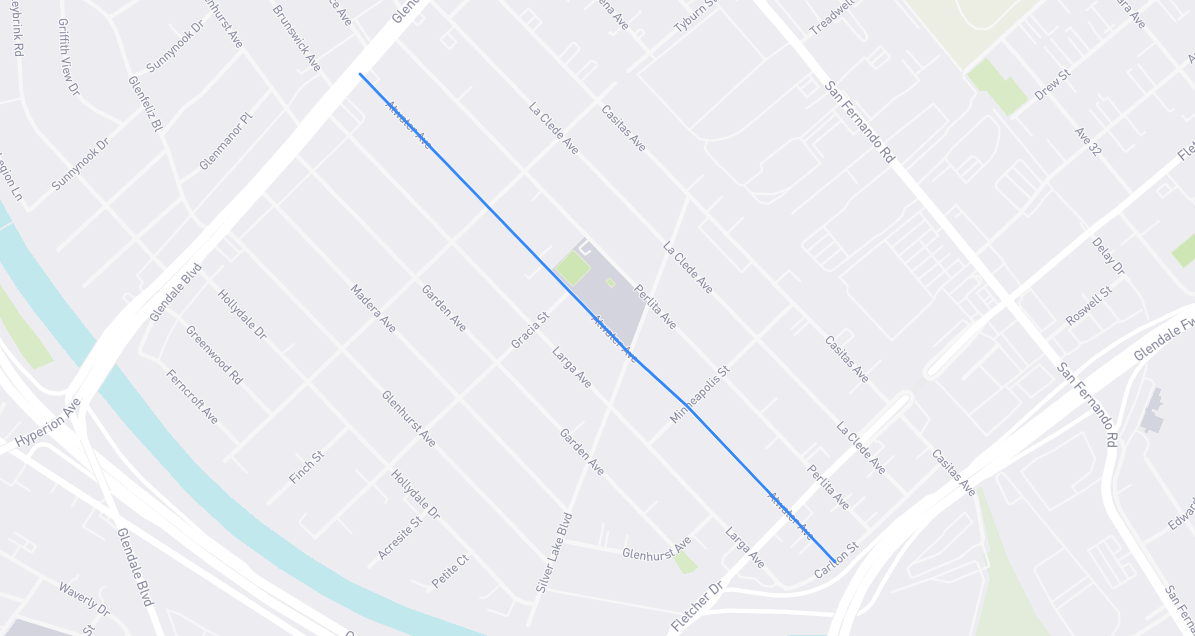