French fur trader Pierre Laclède (1729-1778) is remembered mostly for cofounding the city of St. Louis, Missouri in 1764. Here in Los Angeles, Laclede Avenue – sometimes spelled “La Clede” – was named in 1912 as part of the Atwater tract. The owner of said tract was Fred W. Paramore (1855-1915), who was born in Ohio but spent most of his life in St. Louis, hence this little tribute to his hometown. (George Ridenbaugh, his sales agent, was also a St. Louisan.) Paramore was a rich retiree by the time he came to Pasadena in 1911 with wife Harriet (née Atwater) and daughter Helen. See Atwater Avenue for more. 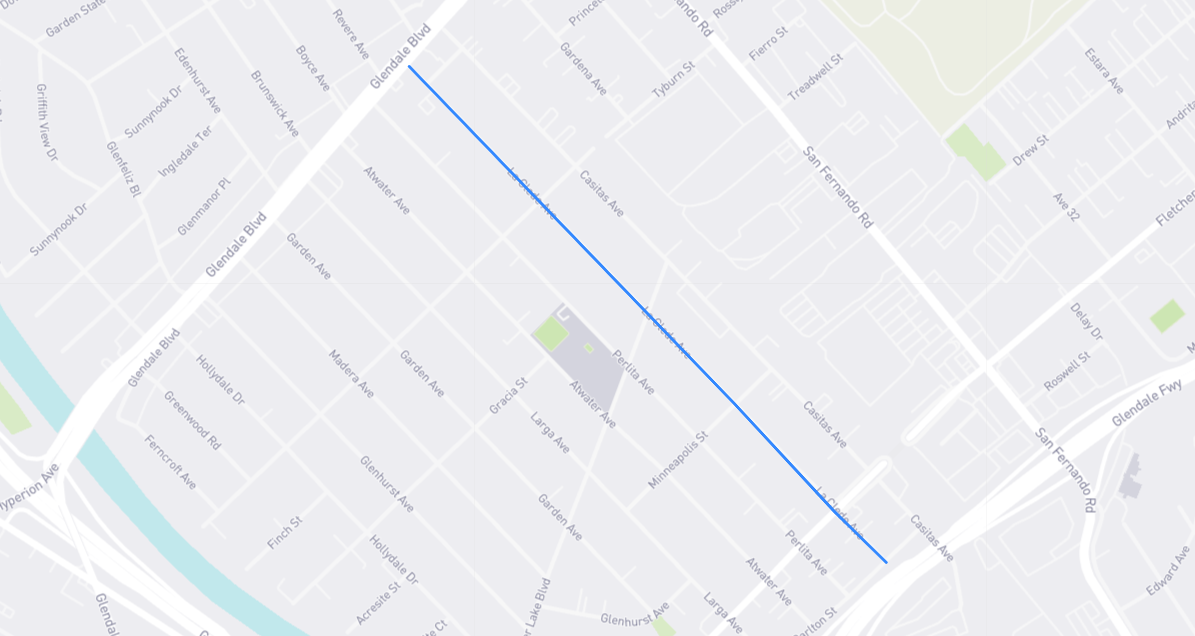