Silver Lake – boulevard, reservoir, neighborhood – owes its name not to a color or a precious metal but to a man: Herman Silver (1831-1913). A German Jew who immigrated to the U.S. in 1848, Silver first went to Illinois and got into government, taking wonky jobs like district assessor and circuit court clerk and crossing paths with Abraham Lincoln. Frail health forced him to seek out milder climates, first in Denver in 1875, where he was director of the Denver Mint, then in San Bernardino in 1887, where he was secretary and treasurer of the Atchison, Topeka & Santa Fe Railway’s SoCal branches. Silver settled in L.A. in 1888 and rose to such prominence that he was elected City Council president in 1896. He lost his 1900 mayoral bid, but was appointed to lead the Board of Water Commissioners two years later. For Silver’s work in that department, Silver Lake Reservoir was named in his honor. That was in 1903, when William Mulholland announced plans to dam up Ivanhoe Canyon and create said reservoir. Silver Lake Boulevard was named in 1911, West Silver Lake Drive in 1926. 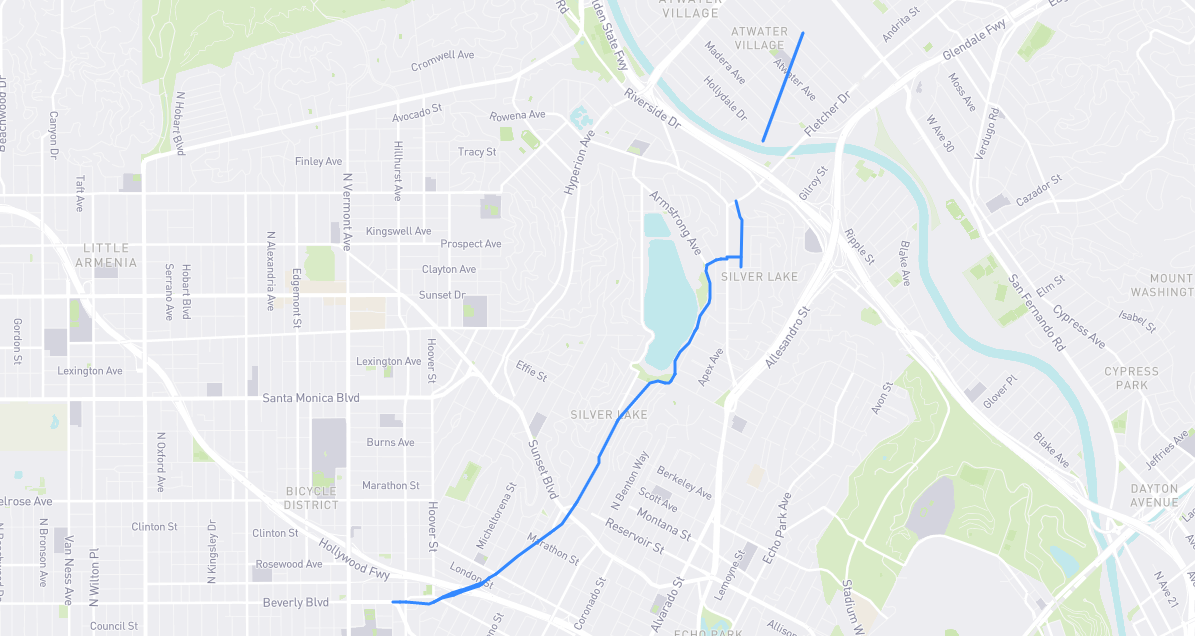