Befitting a street adjacent to Forest Lawn Glendale, Treadwell Street honors the man who established Forest Lawn in 1906: John Bartlett Treadwell (1846-1931). A civil engineer originally from Maine, Treadwell oversaw mineral mining and oil drilling operations throughout California, Nevada, and Arizona. He bought this property in October 1905 and incorporated the Forest Lawn Cemetery Association three months later, although he wasn’t involved with it for long. He himself lived nearby on Dolores Street and is, unsurprisingly, buried at Forest Lawn. Having been widowed in 1924, Treadwell left the bulk of his estate to one Lillian Bishop Ross, who he claimed was his “daughter”. Treadwell’s actual daughter Florence Boynton contested the will, claiming that Treadwell had been “infatuated” with Ross since 1900. Boynton, who had been bequeathed a mere $5, lost her case. 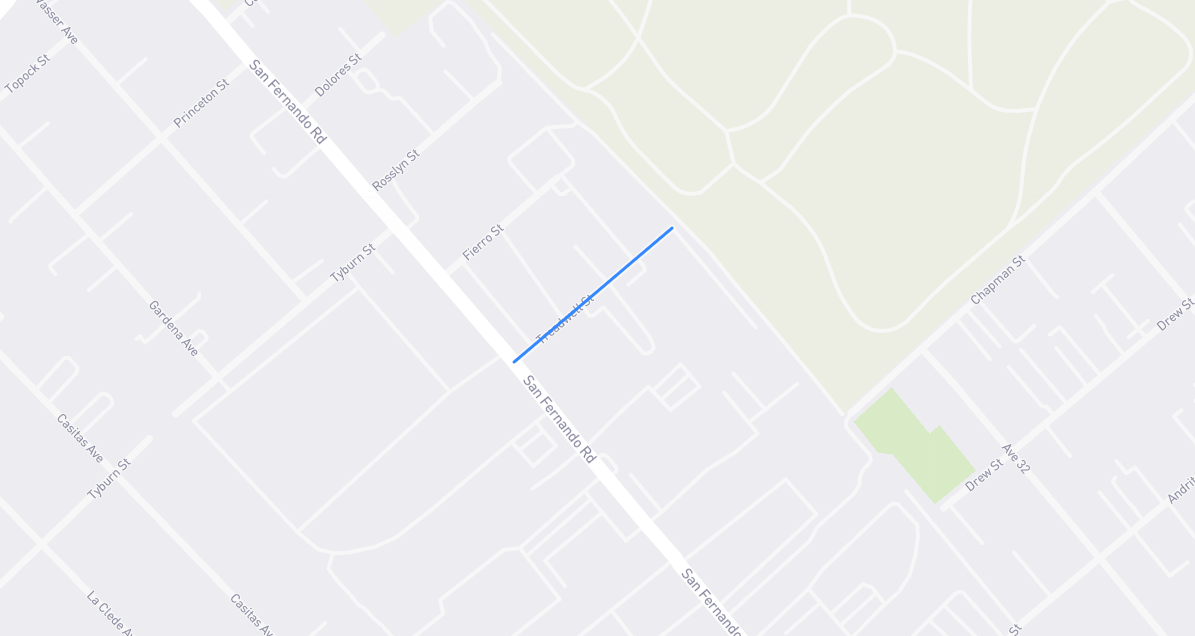