César Estrada Chávez (1927-1993) was a labor leader known for championing the cause of Latino farmworkers’ rights. Born in Yuma, AZ, Chávez and his family came to California in 1939 after a bank foreclosed on their homestead. The young César worked for many years as an agricultural laborer, nominally based in San Jose but moving around California as work demanded. His firsthand experiences with injustice and racism led him to join the Community Service Organization in 1953. Thus began a life of activism, with Chávez founding the National Farm Workers Association – later called United Farm Workers – with Dolores Huerta and Gilbert Padilla in 1962. Chávez, his wife Helen, and their eight children moved to Boyle Heights in 1959, but ultimately settled on the UFW’s 187 acre refuge “La Paz” in Keene, southeast of Bakersfield. Back here in Los Angeles, a thoroughfare consisting of the former Brooklyn Avenue, Macy Street, and a portion of Sunset Boulevard was named Cesar E. Chavez Avenue in 1994. 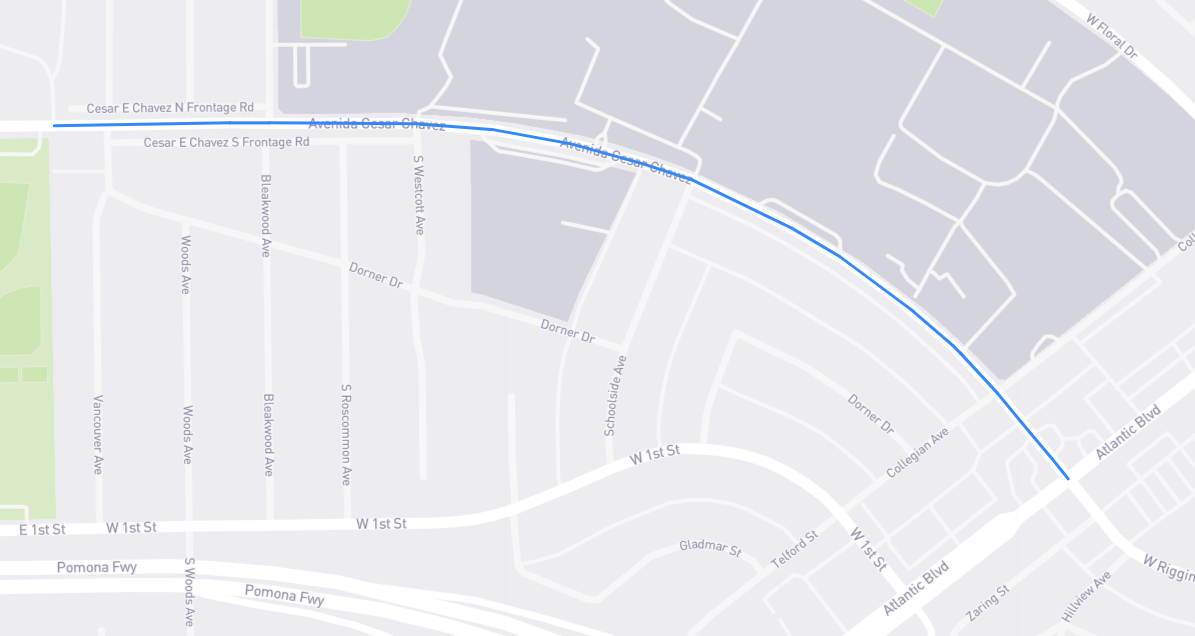