The Averill brothers – Herbert O. (1867-1933), Horace L. (1873-1937), and Dr. George G. (1869-1954) – were Maine men who partnered with Harry L. Weymouth (1870-1953), their sister Effie’s husband, to convert the Dodson Ranch into the Vista del Oro residential tract. It started in 1918, when Horace and George saw the 832 acre ranch and allegedly bought it that very day. It was part of the Sepulveda family’s holdings; Rudecinda Florencia Sepulveda de Dodson (1858-1930) was the seller. George wrote the check, as he had made it rich manufacturing paper plates(!) and was the moneybags of the Averill clan. Vista del Oro opened to buyers in 1919. George stayed in Maine as a silent partner, and Horace was busy selling real estate in DTLA, so Herbert and Harry Weymouth moved to the tract to oversee development. They were accompanied by Effie, Herbert’s wife Bessie, and even the Averill matriarch Leah, who helped Herbert lay out both the tract and Averill Park. Bessie remained on Averill Ave. until her death in 1955. 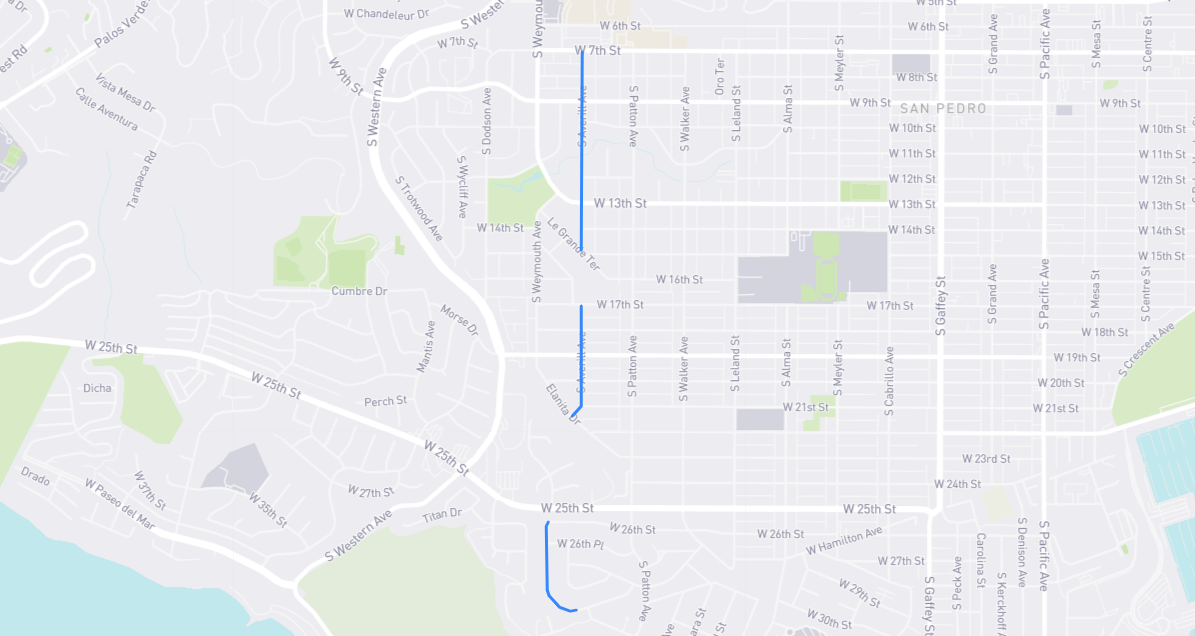