Named for Dolores Bandini Ward (c. 1858-1939), born into the wealthy Bandini and Sepúlveda families. In the 1890s, she and her sister Arcadia Bandini Gaffey learned that they had inherited 340 acres of Sepúlveda land in San Pedro. Dolores was living in England at the time with her British husband, W. Russell Ward. (It’s said that she was “a favorite of Queen Victoria”, but I’d take that with a grain of salt.) In 1897, some years after the Wards had returned to Santa Monica, Russell abruptly ran off with the married Lucy Bradbury (née Banning), whose father-in-law had bankrolled DTLA’s iconic Bradbury Building. The scandal that erupted soon came to an end with Russell mysteriously falling to his death from a moving train in Iowa. When the Gaffeys built their 7 acre estate “La Rambla” here at Third and Bandini in 1909, the widowed Dolores joined them and remained until her own demise. La Rambla was torn down in 1964 and two small streets were laid out and named for the Bandini sisters. 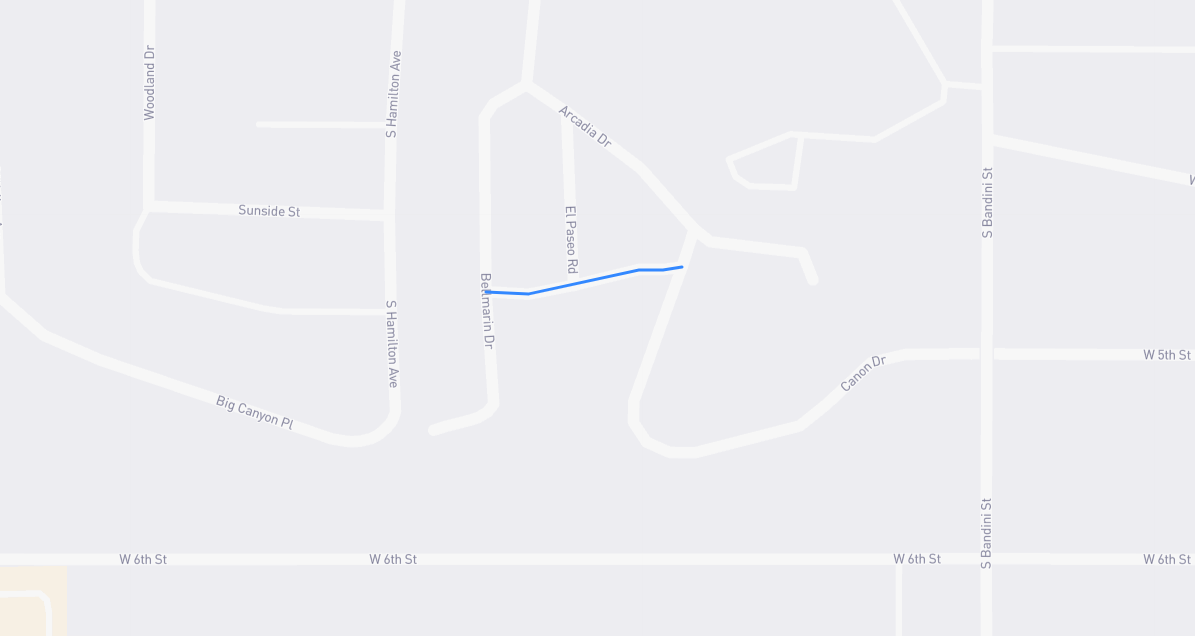