This street takes its name from the Dodson Ranch, an 832 acre property once located here. The Dodson in question was James Hillsey Dodson (1861-1939), who would serve as both mayor and postmaster of San Pedro. But the ranch’s real owner was his wife, Rudecinda Florencia Sepúlveda de Dodson (1858-1930) – yes, of the powerful Sepúlveda family. She had inherited the land from her father, José Diego Sepúlveda, whose own father José Dolores Sepúlveda was granted 33,000 acres here in 1812. In February 1918, Rudecinda (we’re on a first-name basis) sold the ranch for $400,000 to the Averill brothers, who then developed it as the Vista del Oro tract. A Rancho Palos Verdes middle school named for Rudecinda opened in 1960. 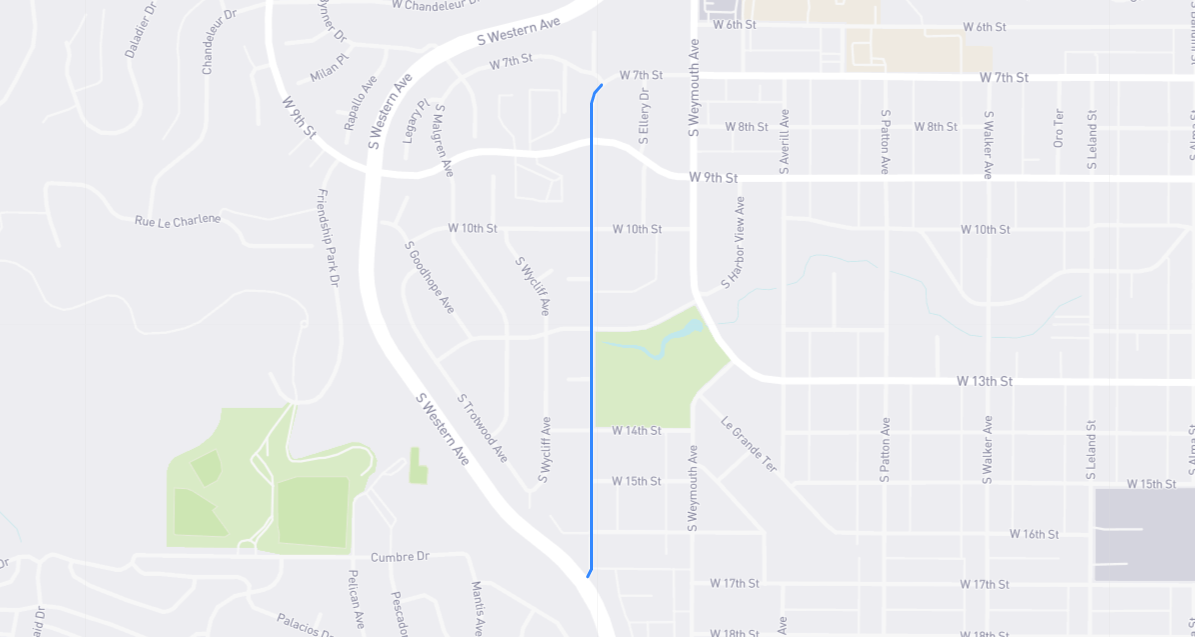