This mighty thoroughfare started out as humble Somerset Avenue in what’s now downtown Bellflower. Historians believe that “Somerset” was the name of Jotham Bixby‘s ranch here, and that Bixby suggested it for a 1905 Pacific Electric streetcar stop on said ranch. Rival real estate men Emil Firth and Frank Woodruff then ran with the name; Woodruff incorporated the Somerset Realty Company in 1906 and Somerset and Woodruff avenues were both introduced in 1907. The USPS allegedly refused to allow a post office for Somerset, CA, fearing conflicts with the one in Somerset, CO, so “Bellflower” was suggested as a replacement in 1910. (Woodruff set up the Bell Flower Acres tract that April.) Some say the name came from a nearby orchard of Yellow Bellflower Apples grown by one William Gregory. I’ve found no proof of that, but it certainly was a popular apple variety at the time. Ironically, Bellflower Boulevard appears to have originated in Downey in 1922 – Bellflower didn’t rename its own portion of Somerset Avenue until 1930, and Long Beach and Lakewood renamed theirs in 1937. The street’s old moniker was reborn with some controversy in 1986: see Somerset Boulevard. 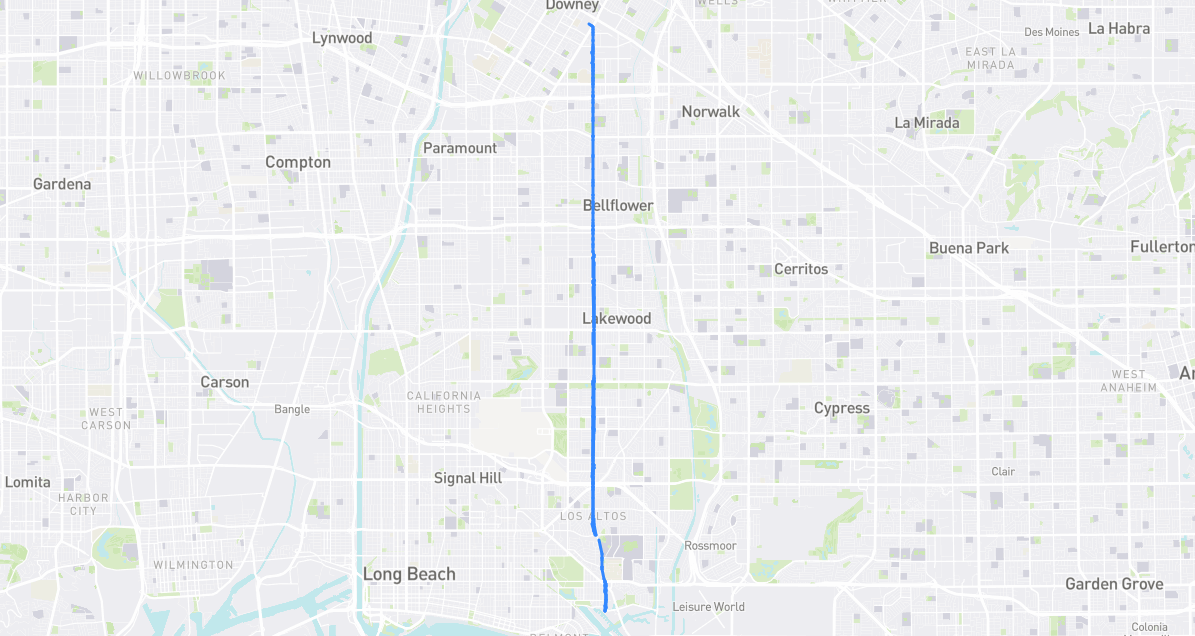