Compton Boulevard was once 17 miles long and seven cities wide. In November 1986, however, the Paramount City Council voted to rename their portion of the thoroughfare “Somerset Boulevard”. Why? Because real estate developers wanted to promote Paramount as being nicer and safer than Compton, which at the time was notorious for its black street gangs. (The firm of Kaufman & Broad, which was about to build 128 houses in Paramount, suggested “Somerset” as it had been the old name of Bellflower Boulevard.) Compton officials called out the racist undertones of the decision, which Paramount officials predictably denied. The City of Bellflower soon changed their stretch of Compton to Somerset, then four South Bay cities opted for Marine Avenue. Compton Boulevard now only lies in Compton. 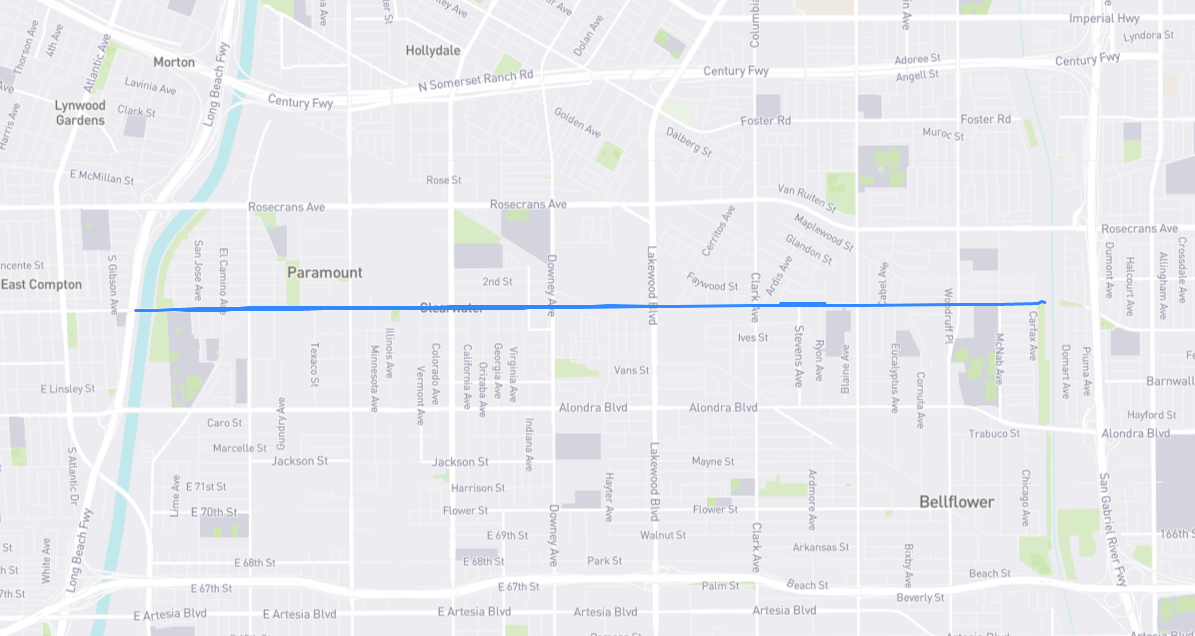