The Blixes were Swedish immigrants who settled in Toluca Lake by 1906. Patriarch Carl Anton Gustav “C.A.G.” Blix (c. 1856-1928) was a fruit farmer who owned 50 acres of orchards in the area, including at least 10 acres around Blix Street. Here he grew plums, apricots, and above all peaches. C.A.G. and his wife Anna (c. 1861-1934) had three surviving children: Maria (1884-1974) married a German named Talano and moved to Escondido; Albert (1886-?) officially owned the 1912 Blix tract, on which Blix Street would be named, but disappeared after that – perhaps he went back to Sweden; Katie (1895-1990) never married and stayed with her parents. She was still living at 10834 Blix Street in 1967 and quite possibly didn’t leave until 1984. An interesting character, Katie Blix hosted various progressive organizations at her home and spent more than sixty years voluntarily measuring Valley rainfall, as her father once did, her data proving invaluable to local agencies. 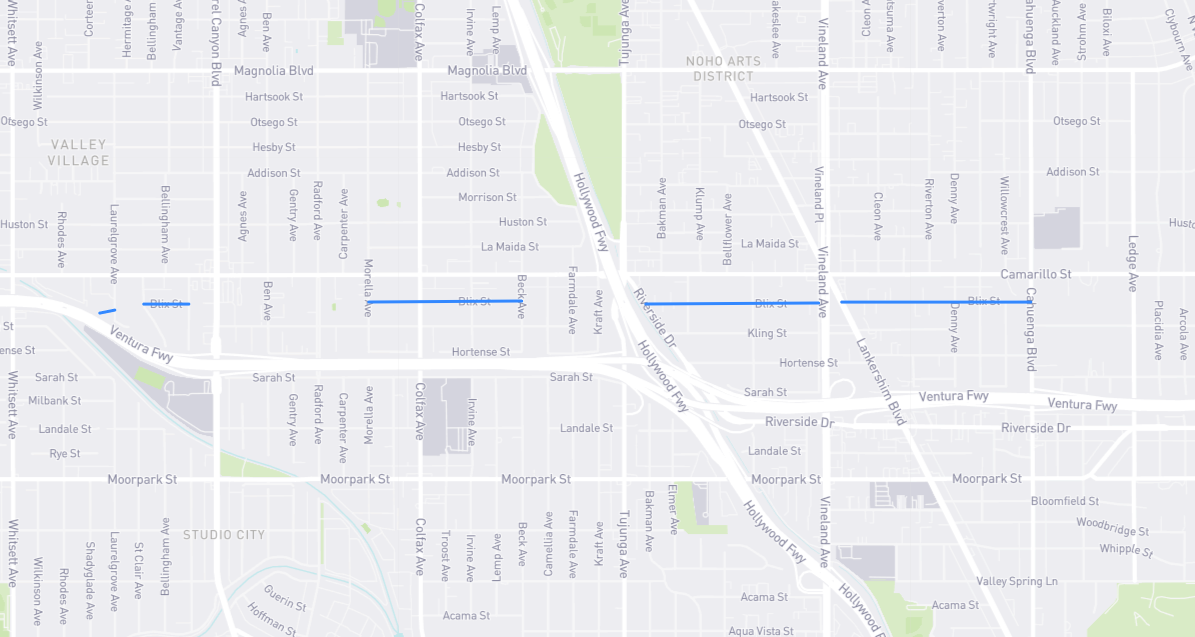