The former Esther Avenue was rechristened Elmer Avenue in 1924. There were at least four worthy namesakes living in NoHo (then called Lankershim) at that time: rancher Elmer Ellsworth Tomson (1863-1925); Elmer Edwin Osborne (1918-1994), whose grandfather Charles was postmaster of Lankershim; Fred Elmer Bakman (1868-1943), whose family gave their name to nearby Bakman Avenue; and Elmer Stanley Frieburg (1900-1974), whose Swedish parents owned 65 acres of fruit orchards in the area (see Satsuma Avenue). They’re all good contenders, but I slightly favor Frieburg. After his parents’ deaths, he and his wife Annie ran the family farm for 13 years, their corn and peaches becoming local favorites. As the Valley urbanized after WWII, they moved the Frieburg Ranch further and further west, finally unloading it in 1954 and decamping for Mariposa County, where they established a 200 acre farm. 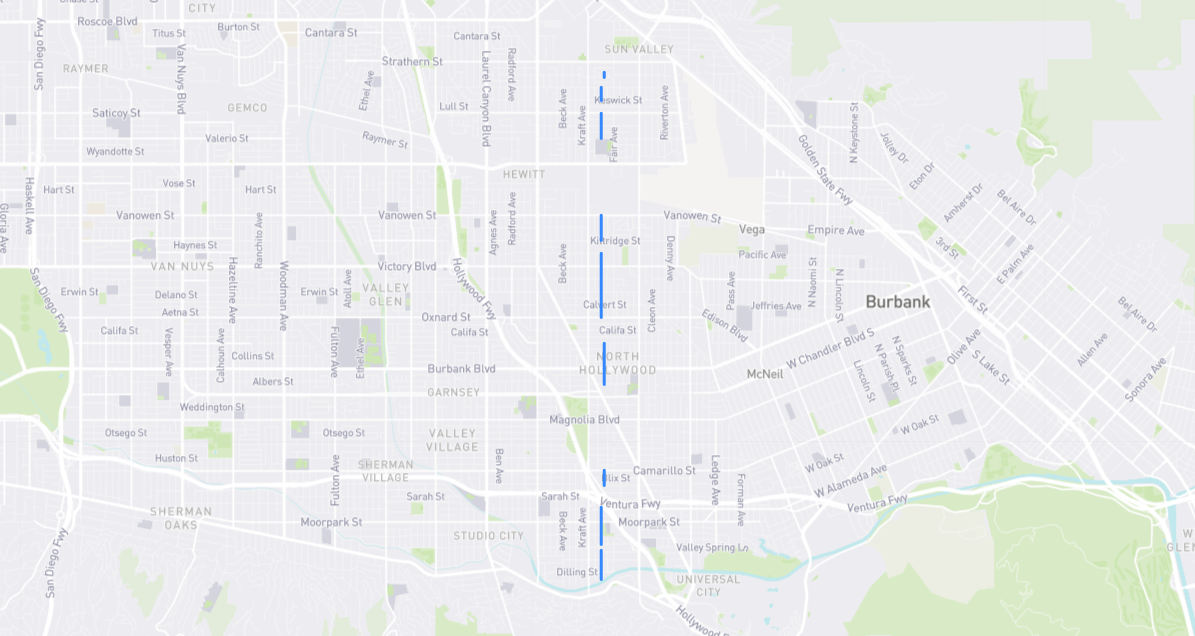