This street originated south of Ventura Blvd. on a 1924 tract co-owned by Hugh and Lizzie Carpenter, so guess who it was named for. Hugh Milton Carpenter (1864-1947) was a Decatur, IL boy who had settled in Banning, CA by 1885. There he served as a sheriff’s deputy and ran a barley wholesale business with Charles D. Hamilton. In 1893, Carpenter married Elizabeth “Lizzie” Hampson (1870-1933), a native Pennsylvanian; they moved to L.A. with daughters Susie and Betty c. 1906. Although Hugh identified as a “farmer” in the 1910 and 1920 censuses, he really made it big as a subdivider, and the Carpenters owned this land with their old Banning buddies Charles and Pearl Theodora Hamilton. After Lizzie’s death, Hugh married the widowed Eva M. Cutler – also from Banning – in 1936. They wound up in tony Laughlin Park. 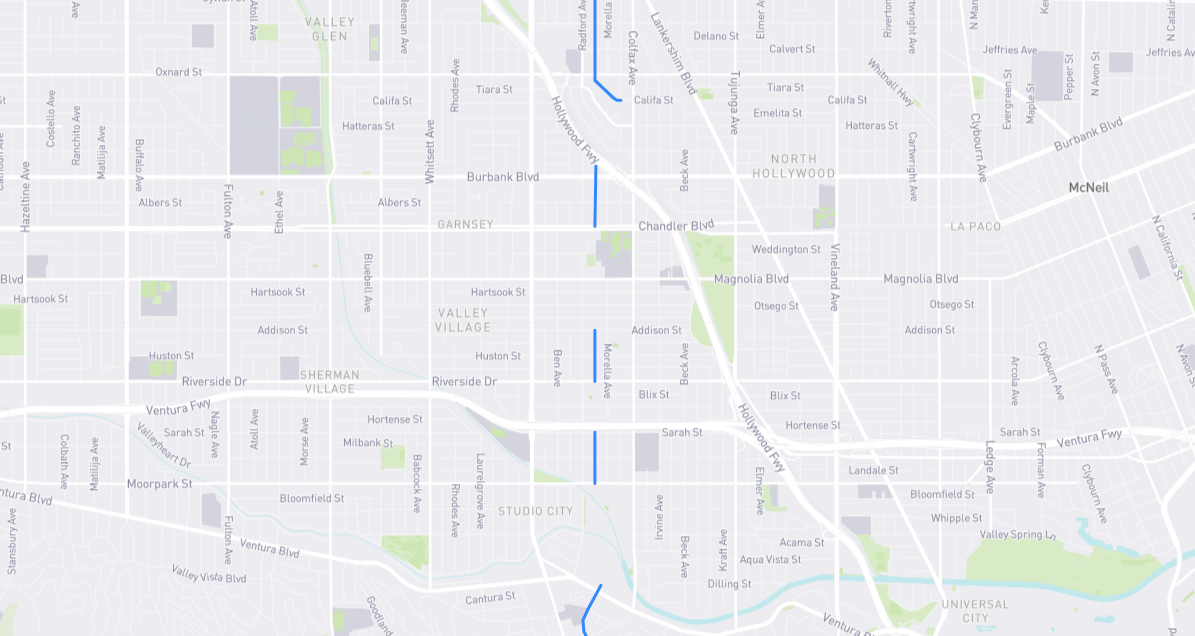