Veteran entertainer Bob Hope (né Leslie Townes Hope, 1903-2003) was born in London, grew up in Ohio, worked in vaudeville by 1924, made his first movie in New York in 1934, and finally came to Hollywood in 1938 with his beloved wife Dolores (1909-2011). They settled into their new Toluca Lake mansion the following year – Hope chose the location for its proximity to the Lakeside Golf Club – and stayed there for the rest of their lives. While Toluca Lake isn’t part of Burbank, the latter city embraced Hope as its own – hence Bob Hope Drive, which Hope himself christened on his 86th birthday. Out of the public eye, Hope was a major real estate speculator across SoCal, including the San Fernando Valley. Cagey as he was about his investments, it remains unclear just how much property he actually owned, although a Forbes reporter identified 8,600 acres in 1983. It’s also believed that Hope controlled the La Mancha Development Co., which converted dozens of shuttered Standard Oil gas stations into small shopping centers and effectively invented that Valley staple: the mini-mall. 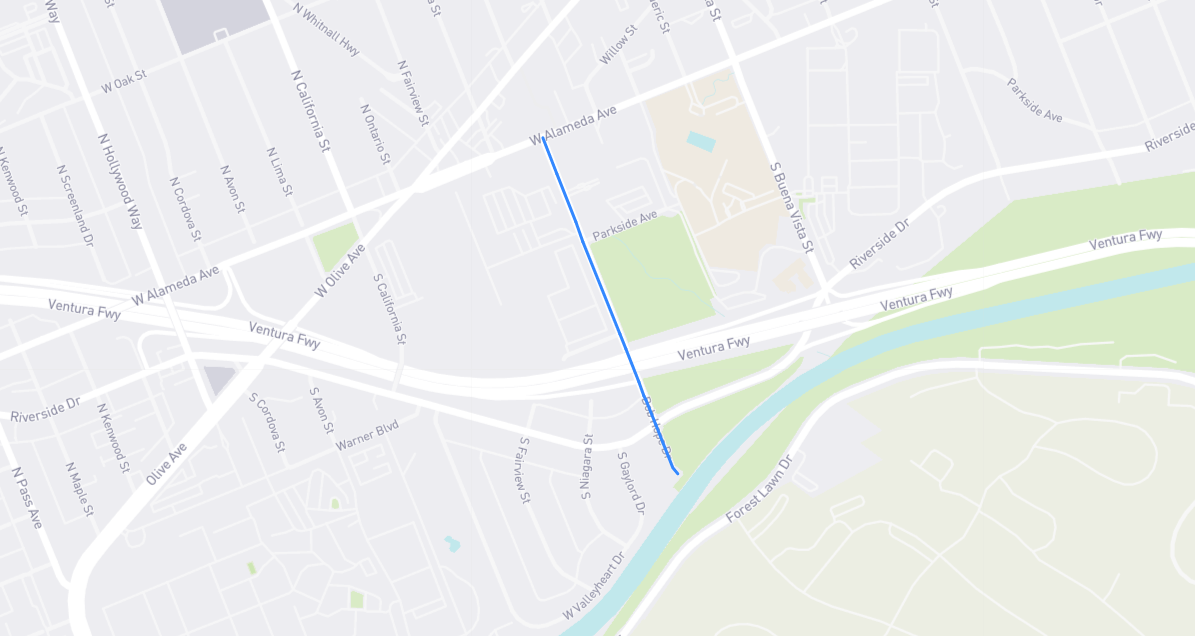