School principals don’t usually get much love, but Rose Jane Bushnell (1879-1960) was an exception. Born and raised in Wisconsin, Bushnell first came to Los Angeles in 1907 for a national teachers’ convention. In 1912, she began her long tenure as principal at Hermon Elementary School; she and her sister Mary (1878-1941), who also worked at Hermon, lived together on nearby Wheeling Way. As the story goes, the community wanted to name the school for one or both of the Bushnells, but the school district wouldn’t allow it unless the street the school sat on already had the Bushnell name. So the community made it happen. If true, the process took years: Isleta Drive was rechristened Bushnell Way in 1925, but Hermon School didn’t become Bushnell Way School until 1944, when Rose Bushnell retired. Smashing side note: In 1928, the Bushnell sisters’ house was partly destroyed by a runaway steam shovel. They received a $4,300 settlement two years later. 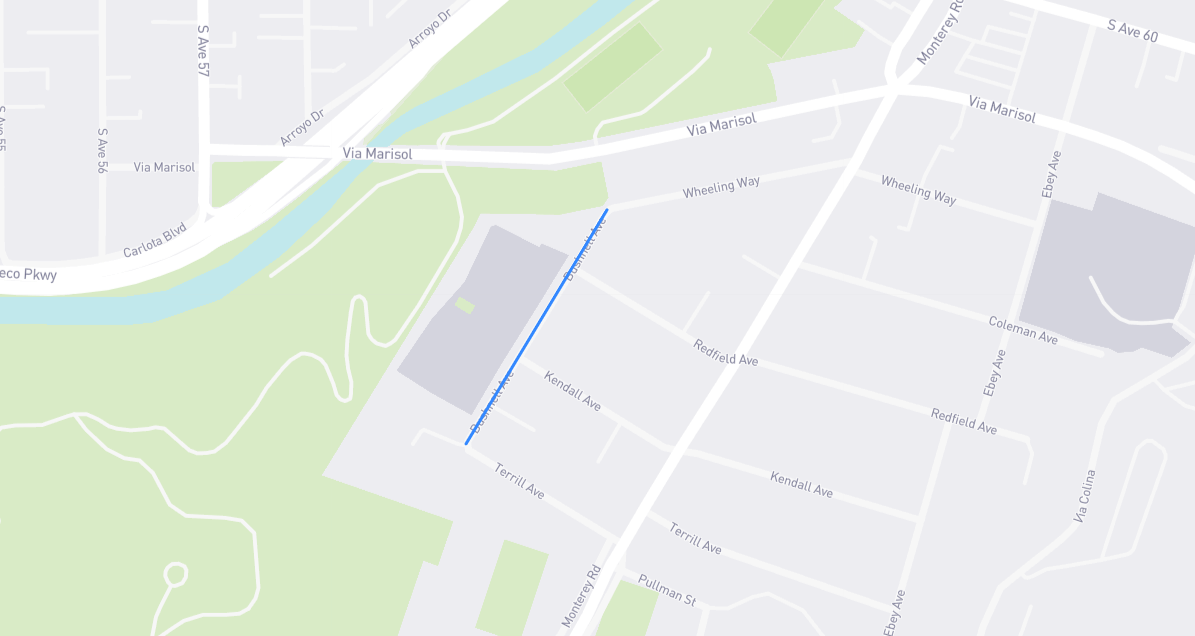