It’s not a misspelling of the Italian snack (calzone) or the Spanish word for “underpants” (calzón). “Calzona” is a portmanteau of California and Arizona. Calada Street, one block west, is similarly a contraction of California and Nevada. The two streets were previously called El Paseo Street and Colina Street, respectively. They were renamed in 1923 while the Union Pacific Railroad was laying down tracks nearby. Calzona and Calada were early 20th century railroad stops, so they may have been the inspirations for these street names, although it should be noted that Edgar Eugene Calvin (1858-1938), VP of the Union Pacific, oversaw the development of both streets, so “Cal” might also be a nod to his surname. Pop music trivia: The zombie dance sequence in Michael Jackson’s “Thriller” video was shot at the intersection of Calzona and Union Pacific. 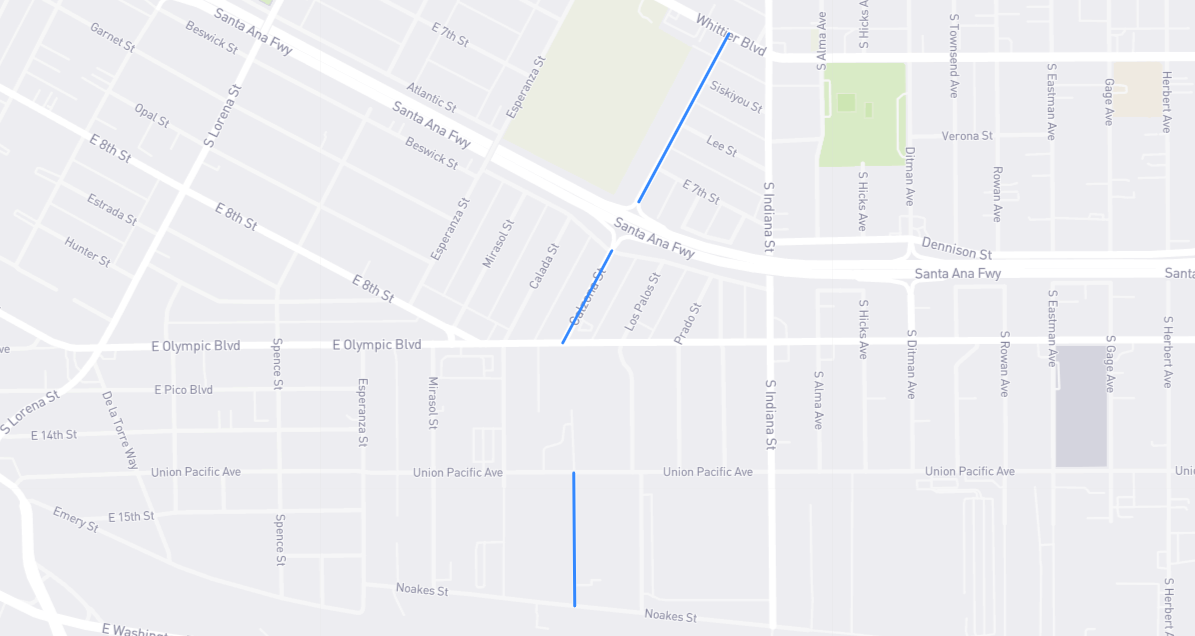