Named for attorney Albert Henry Judson (1838-1906), who oversaw the Brooklyn Heights tract here in 1875. Judson himself hailed from Portland, NY, on the Lake Erie shore – about as far from Brooklyn as a New Yorker could get. He and his wife Sarah came to San Leandro, CA in 1871; two years later, they settled in Los Angeles, where Judson and Jeffrey Gillette set up a real estate title company. Judson went on to run several firms, subdivide part of Highland Park, and amass tons of land. But in his final years, estranged from his family, he remained in seclusion, stricken with locomotor ataxia – a loss of muscle control commonly attributed to syphilis. Of the Judsons’ seven children, one died at nineteen and three more died in childhood – two of them just five days apart. 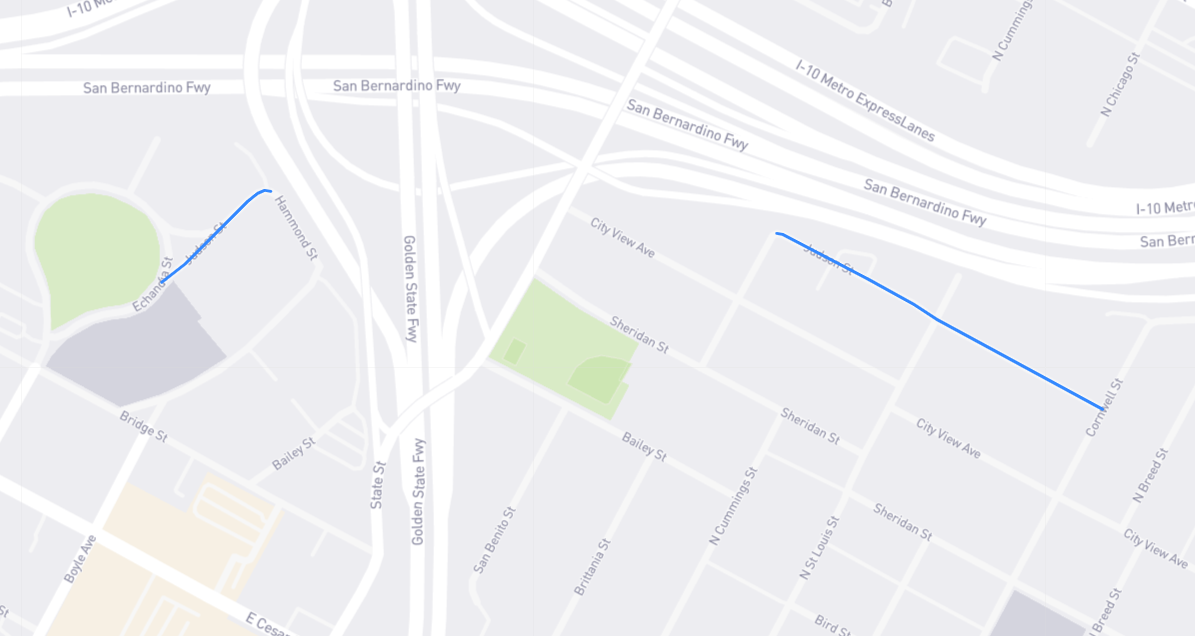