Named, as you might guess, after the town of Camarillo; it was one of several Valley streets that took their names from Ventura County locales in 1916 (see Saticoy Street). The town itself was named for the family who owned it. In 1876, Juan Camarillo (1812-1880), a native of Mexico City, bought the 9,998 acre Rancho Calleguas in southern Ventura County. He died before he could do much with it, so his widow Martina Hernandez Camarillo (1825-1898) deeded it to their sons Adolfo (1864-1958) and Juan Jr. (1867-1936) – much to the chagrin of the four Camarillo daughters, who wanted a piece of the pie and sued several times to get it. Ultimately it was Adolfo who turned the middling rancho into an agricultural goldmine, then into a town. Here in the SFV, a four mile stretch of Camarillo Street was renamed Riverside Drive in November 1924. 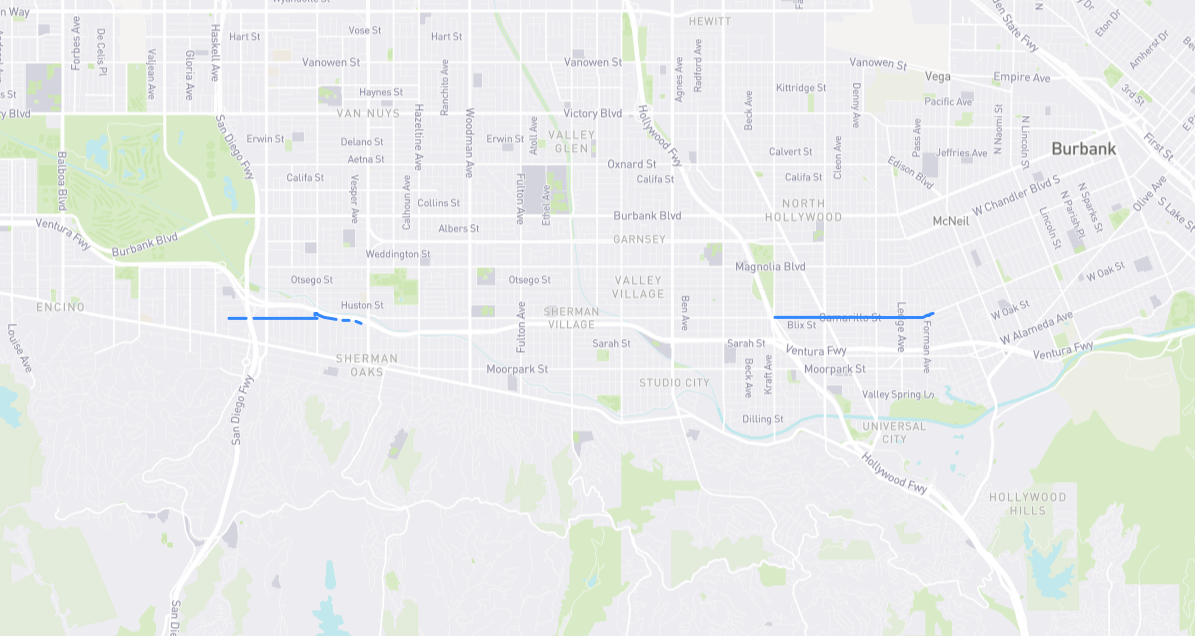