In 1916, after the City of Los Angeles annexed the San Fernando Valley, there was a need to replace “duplicate” street names in the Valley like First Street, Central Avenue, etc. Civil engineers looked to Ventura County for inspiration, and thus we have Saticoy, Moorpark, Oxnard, Camarillo, Nordhoff, and Strathern streets. (A street named after Leesdale, a sugar beet dump near Oxnard, later became Victory Blvd.) Ventura County’s Saticoy was once an ancient Chumash village; modern historians like to spell it “Sa’aqtik’oy”, but since the Ventureño Chumash language had no written form, it’s effectively the same as “Saticoy”, used by Spanish settlers by 1826. Some believe the name means “sheltered from the wind”; others have translated it as “the place is here”, “I have found it”, and “the springs”. Since the Ventureño Chumash language was killed off many years ago, we’ll never really know. 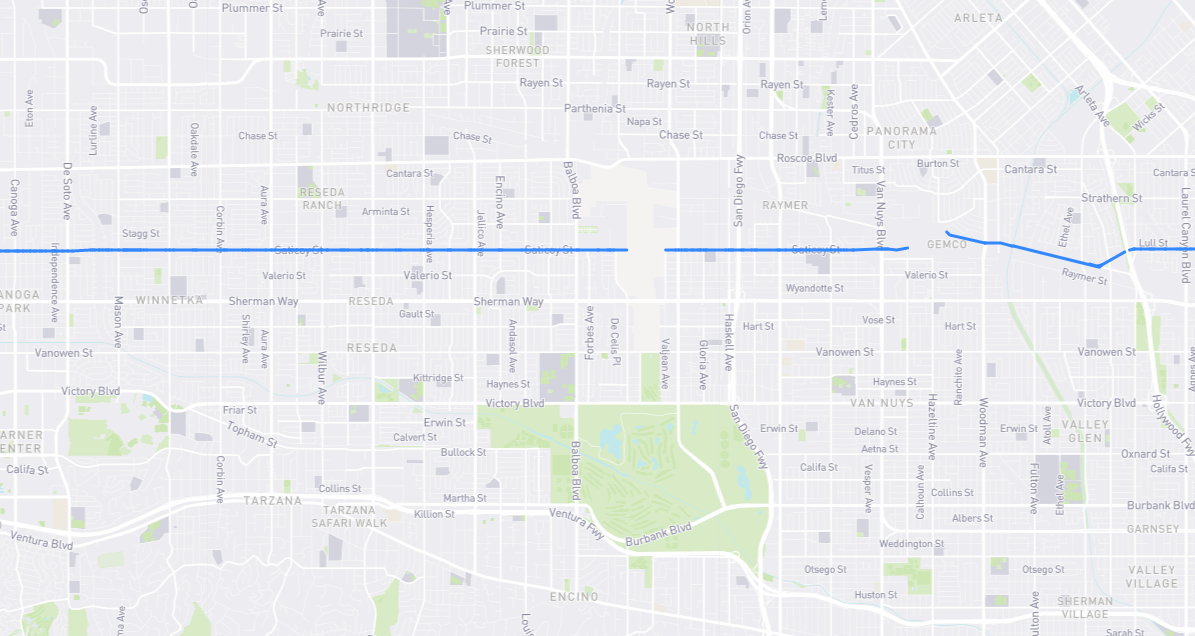