Isaac Lankershim (c. 1818-1882) was arguably the first person to see opportunity in the San Fernando Valley. A Bavarian Jew, Lankershim (probably altered from “Lankersheim”) immigrated to St. Louis in 1836. There he made his living in livestock and grain. He became a Baptist upon marrying his wife Annis, but remained welcome in Jewish communities throughout his life. (Harris Newmark was a friend and partner.) Lankershim relocated to the Napa Valley in 1854 and became one of California’s biggest grain exporters. Eager to expand his holdings, he eventually set his eyes on the San Fernando Valley. In 1869, he purchased 59,500 acres of Valley land from Pío Pico, who needed money to fund a new hotel. Lankershim got the better deal: he would make a fortune here growing wheat. He had help from one of his investors, a Napa shopkeeper named Isaac Van Nuys, who moved down here and became his son-in-law. The town of Toluca was called Lankershim from 1907 until 1927. You know it now as North Hollywood. Lankershim Blvd. itself was named c. 1911. 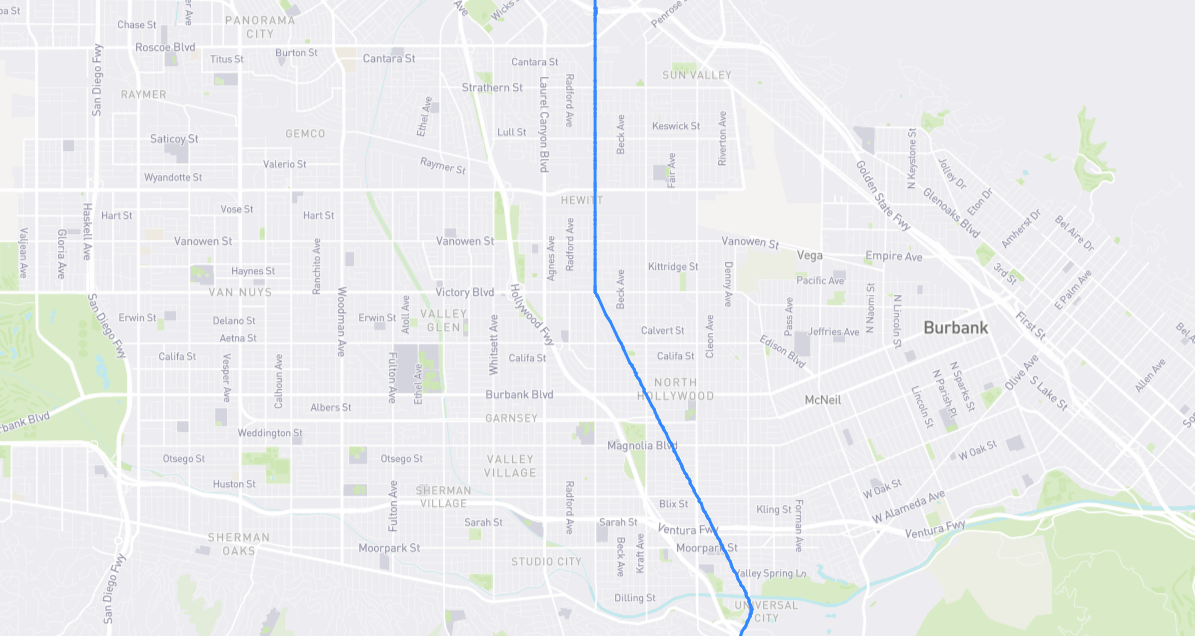