The lower block of this street was laid out in the 1904 Palma Alta tract, owned by Thomas E. Gibbon (1860-1921), an Arkansas native who came to L.A. in 1888 and became one of the city’s top lawyers. Gibbon had purchased the former Hay ranch (see Formosa Ave.) c. 1902, intending to build a rural home here for his family, but Hollywood citified so quickly that he wound up subdividing it. Camino Palmero still shows off its unusually wide road verges – the palm-lined grassy areas between sidewalk and street – although it has lost its distinctive gateway designed by architects Myron Hunt and Elmer Grey, who between them also built the Beverly Hills Hotel, the Rose Bowl, and the Huntington Mansion and Library. The street added its upper block by 1915. 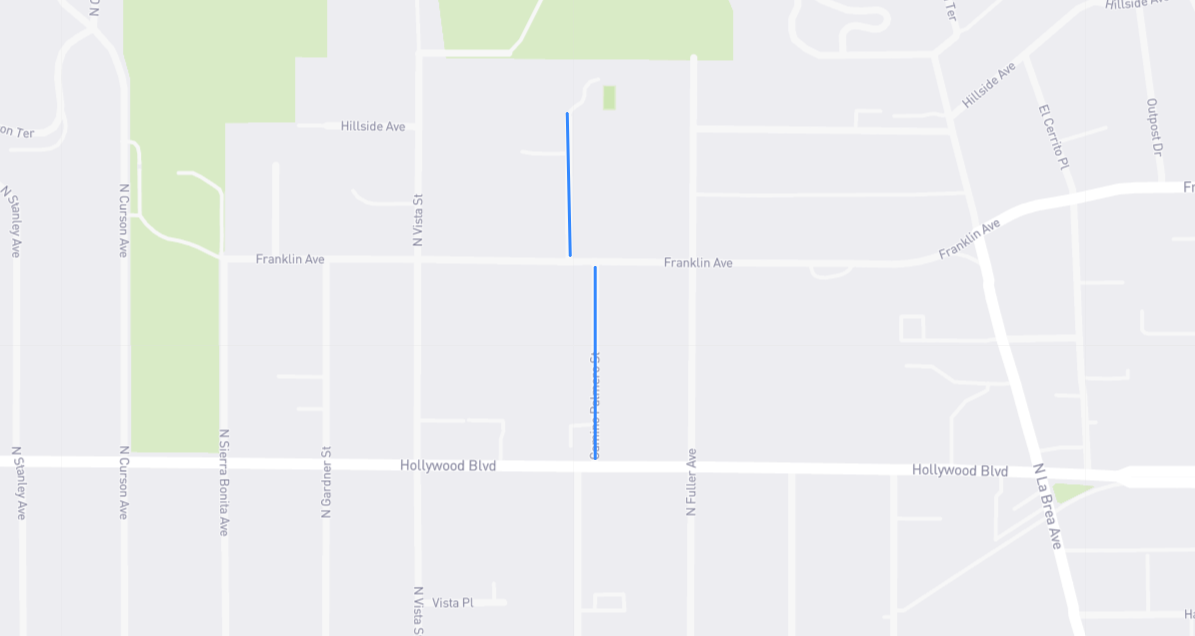