I can only make a slightly educated guess at June Street’s provenance. The street was named in 1913 (between Fountain and Lexington) most likely by owner/realtor Harry Ernest Jones (1885-1950). The original tract map provides a clue: present-day Cherokee Avenue, one block west, was then called Ardath Avenue – and Jones had a daughter named Ardath (who would marry and become Ardath Leona Reed, 1910-1997). He didn’t have any relatives named June, but Ardath was born on June 15th. So either Jones named this street after his daughter’s birth month, or else “June” was a play on “Jones”, or else I’m just wrong about the whole thing. 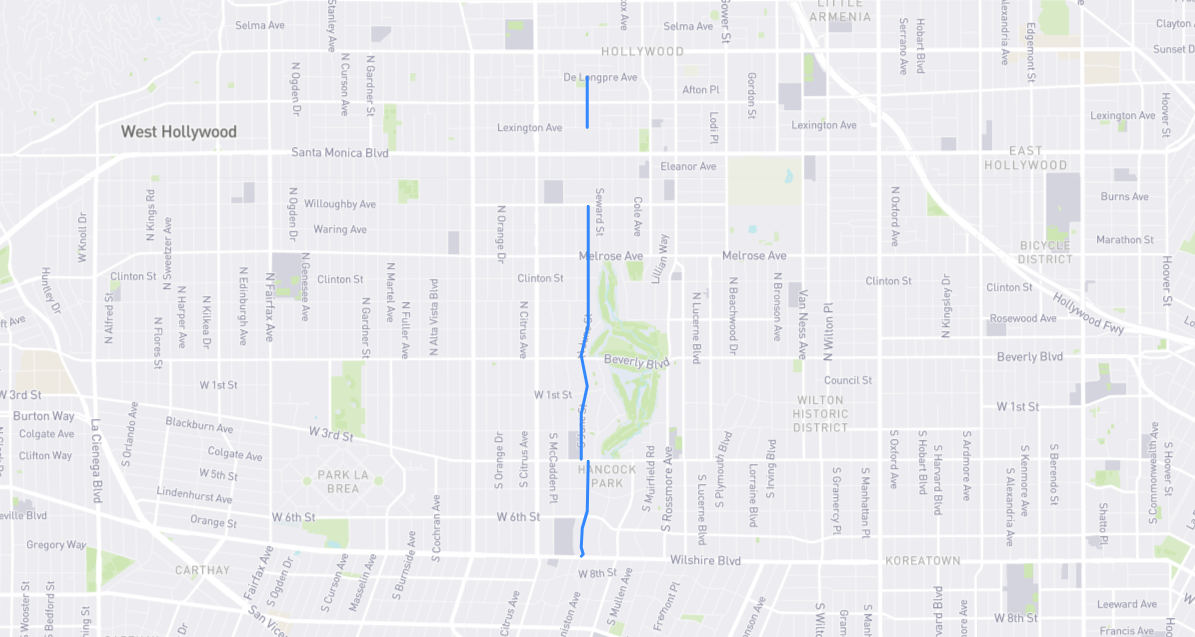