Formosa means “beautiful” in Portuguese, but there’s an ugly story behind Formosa Avenue. While most people know Formosa as the old colonial name for Taiwan, this street might be named for a tiny town in Ontario, Canada. The Formosa tract was set up in 1893 by Andrew Hay (1846-1903) and Lizzie T. Hay (1852-1936), who gave its streets personally meaningful names (see Detroit Street); since records show that Andrew lived 50 miles away from Formosa, Ontario when he was a child, it’s certainly possible that he had a connection to that town. At any rate, the Hays met and married in Saginaw, MI, then came to the Cahuenga Valley in 1881 and bought a ranch west of present-day Hollywood and La Brea. Things took a dark turn in March 1883, when Andrew raped the family’s 17-year-old nanny Ella Barrow along the dusty road home from DTLA. Two weeks later, doubtful that the law would side with her, Barrow sought a bit of frontier justice and shot at Hay in the local post office. She grazed his skull and was arrested for attempted murder. When she explained to the court what Hay had done to her, Hay himself was arrested, but Barrow’s instincts were right: although Hay would be tried for her rape four times over the next two years, each trial ended with a hung jury. He was a free man, but the Hays paid a karmic price for his crimes when all four of their children died of smallpox in March 1887. Andrew and Lizzie – who inexplicably stuck by her husband – later had two more kids. The Hays owned a good deal of land west of Hollywood; after Andrew’s death, Lizzie let William Hay – possibly Andrew’s nephew – subdivide some of it as Crescent Heights. 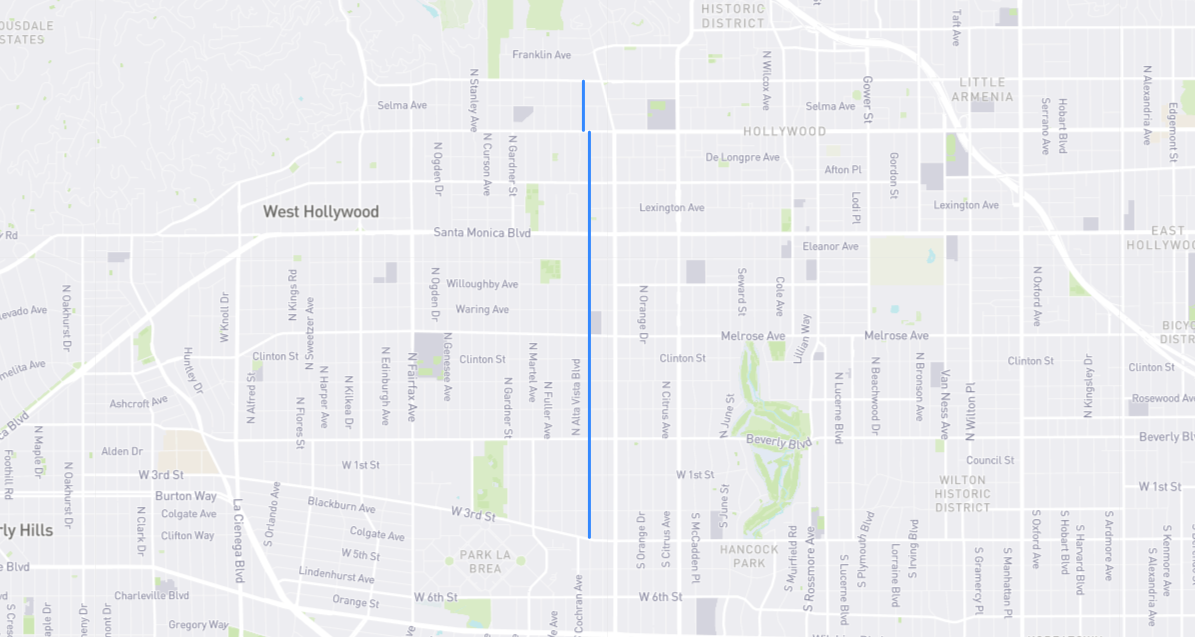