Alfred Beck Chapman (1829-1915) was a business partner and lifelong friend of Andrew Glassell. The Alabama-born attorney graduated from West Point and came to California c. 1857 as an Army lieutenant. He married his first wife Mary Scott (1839-1882) two years later, then quit the Army in 1861 to set up practice in Los Angeles. The law firm of Glassell & Chapman was established in 1865. As land barons, the two men owned the future Glassell Park, Highland Park, and much more; they also founded the city of Orange. (While Orange’s Chapman Ave. is named for our guy, its Chapman University honors Charles C. Chapman, no relation.) Adding to his achievements, A.B. Chapman was elected district attorney in 1867, though it was hotly contested by Matthew “Don Mateo” Keller. Chapman retired from practice in 1880 and left his Lincoln Heights estate to grow Valencia oranges and other produce in today’s East Pasadena. He married second wife Mary Stephens in 1883. Chapman Street was named in 1920 by Andrew Glassell Jr. (1860-1924). 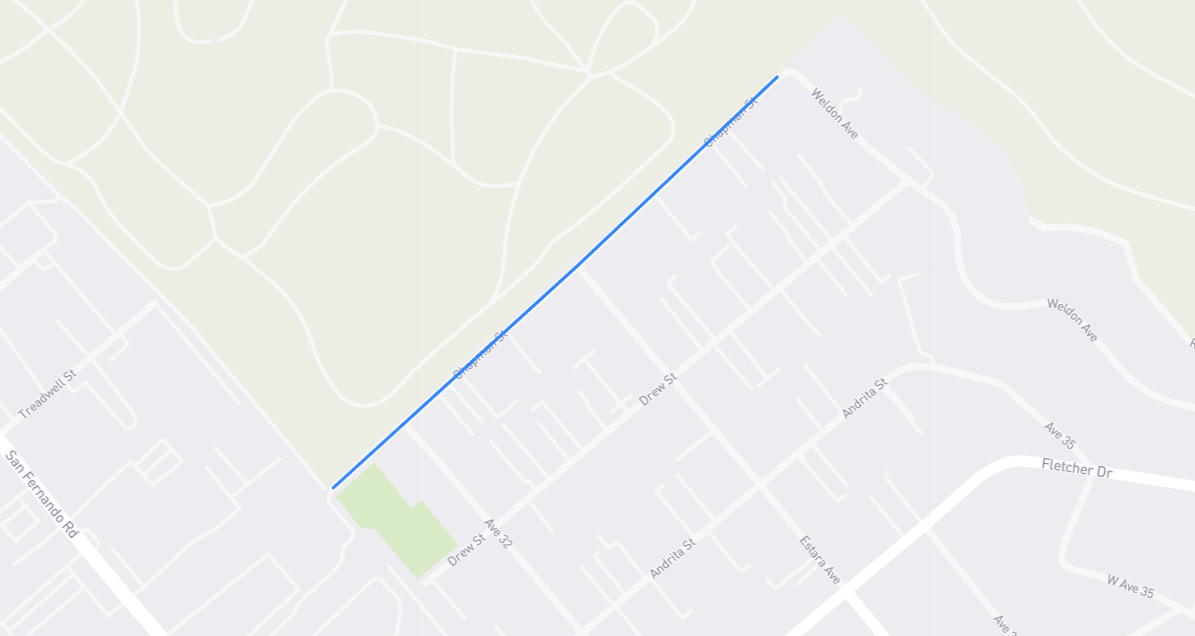