Charles Franklin Harper (1832-1915) was born in North Carolina and spent many years in Mississippi. After the Civil War – guess which side he fought on – Harper took his wife Martha to L.A. and opened a tin shop. In 1883, he cofounded the Harper & Reynolds Hardware Company, which made him rich enough to purchase 500 acres at the northwest corner of Sunset and Laurel Canyon. Although Harper subdivided his “Cielo Vista” ranch here in 1910, Harper Avenue was name-checked on a 1905 tract map of Crescent Heights. The Harpers had nine sons, four of whom died in childhood and one of whom, Arthur Cyprian Harper (1866-1948), became mayor of Los Angeles. His 1906-1909 mayorship was flagrantly corrupt – rife with graft, bribes, and cronyism. He also had a thing for prostitutes. As a result, he became the first mayor in U.S. history to be recalled. Arthur’s son Joe got into his own mischief: in 1920, he was arrested for throwing a “stag party” in his father’s house, in which he and six other men were caught “gowned in feminine apparel” and dancing with sailors. 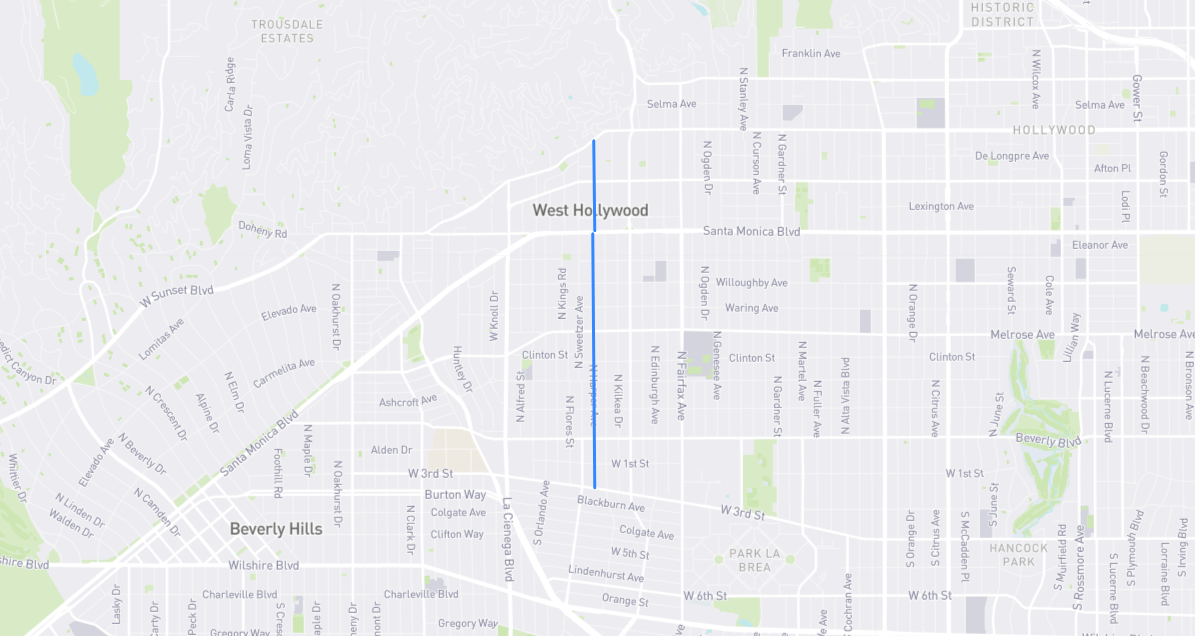