Marathon Street was first laid out on the 1887 Marathon tract between Alvarado and Occidental (then called “Sugg”). I couldn’t find any story behind the “Marathon” name; maybe the tract’s developers just thought it sounded cool. Said developers included August Julius Stamm (1849-1936), a German pianist who came to L.A. in 1885 to be the organist at St. Vibiana’s. He later founded a precursor to the Los Angeles Philharmonic. Another Marathon man was Frank B. Fanning (c. 1836-1892), chief deputy clerk for L.A. County and an amateur opera singer; he was friends with Stamm and was also close to the Banning family. But the tract’s primary owner was Solomon Hubbard (c. 1830-1900). Born in North Carolina, Hubbard grew up in the Midwest. He and his second wife Ella (1848-1936) married in Cedar Falls, Iowa (near Waterloo) shortly before coming to L.A. in 1883; here they dabbled in real estate while living on an Azusa orange grove. Showbiz postscript: Marathon Street used to extend to the iconic front gate of Paramount Pictures. That section was converted into a private concourse during the studio’s 1993 expansion. 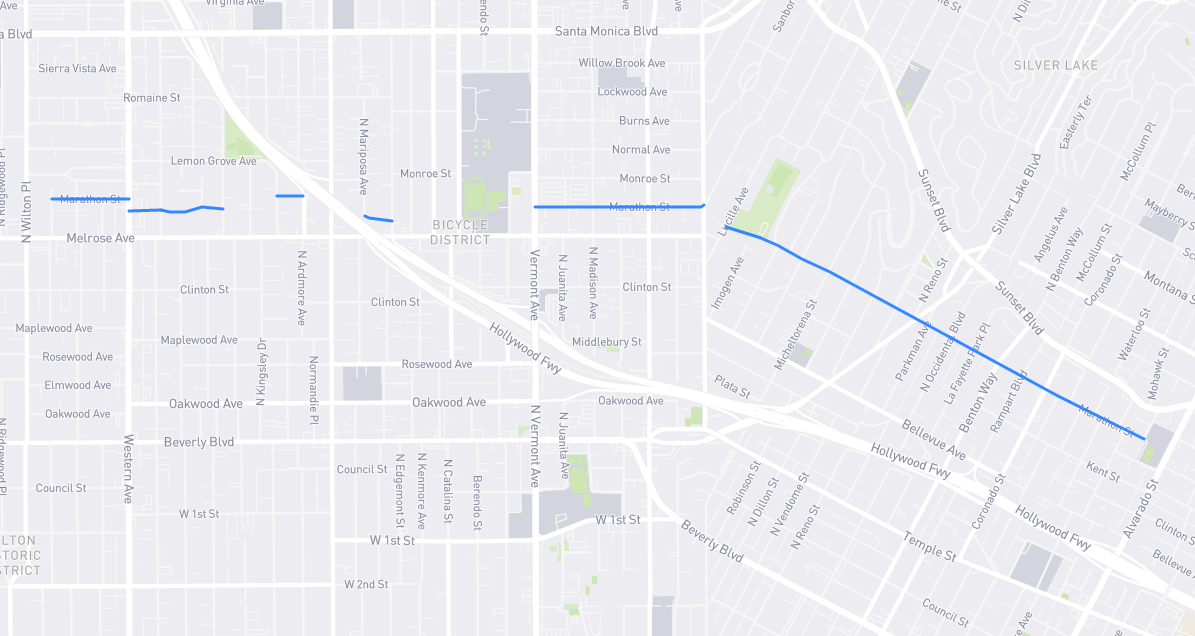