Likely named for attorney James Edward Degnan (1867-1936). Born in Princeton, NJ, where he obtained his law degree, Degnan came to L.A. in 1911; he soon partnered with Oscar Lawler (1875-1966), one of the city’s top lawyers, and worked with him until his death. There’s not much else to say about Degnan, except that his wife Dorothy died just four months after he did. (Couldn’t live without him.) I found no direct connections between him and Leimert Park, but Oscar and Hilda Lawler socialized for years with Walter and Lucille Leimert, so it’s certainly possible that Lawler asked Leimert to name this street (in 1928) after Degnan. One or both men might have even been silent partners in Leimert Park, but that’s just conjecture on my part. 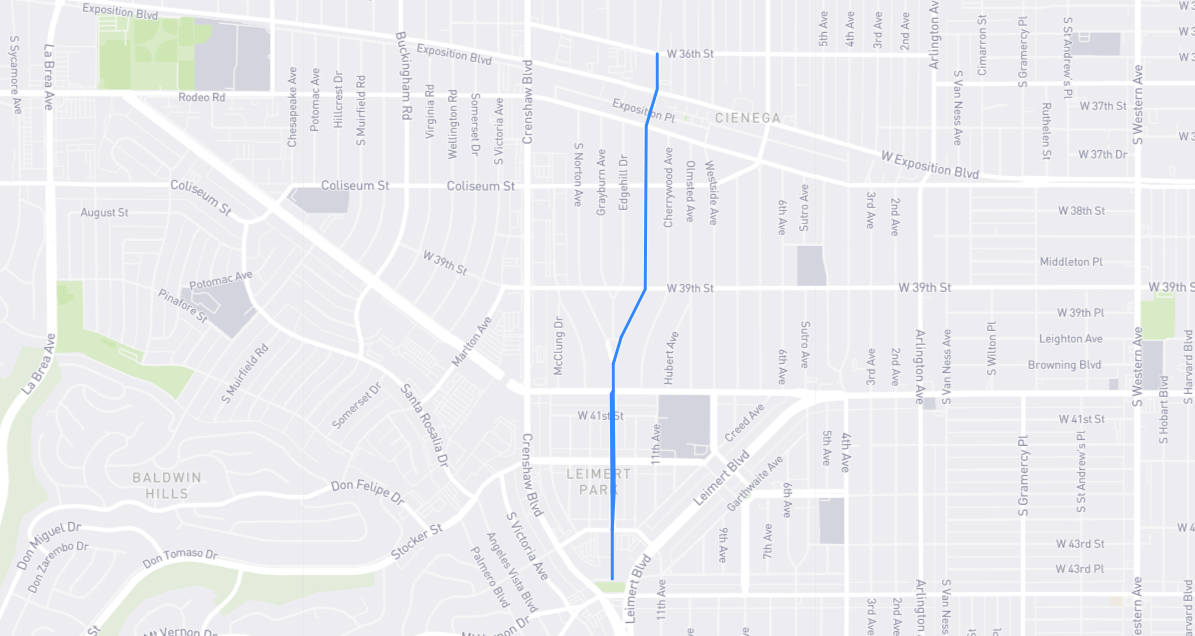