Dr. Gregorio del Amo (1858-1941) was a physician and sometime vice-consul from Santoña, Spain. After receiving his MD at the University of Madrid in 1879, he practiced in Uruguay and Mexico before coming to Los Angeles in 1887. Susana del Amo (1844-1931) was born María Susana Delfina Domínguez at Rancho San Pedro, owned by her powerful father Don Manuel Domínguez. She married the much-younger Gregorio in 1890 and they later adopted sons Pedro and Jaime. (It’s rumored that Gregorio actually sired the two boys with a mistress.) After nine years in Spain, the del Amos returned to L.A. in 1921, establishing Del Amo Nurseries and leasing out the Domínguez land for oil drilling. This made the family incredibly wealthy, so they turned to philanthropy, with Susana’s focus on Claretian missionaries and Gregorio’s on Spanish–American relations. As Carlos died c. 1935 – there is zero information about his untimely demise – the del Amo holdings fell to Jaime. A few years before his death in 1966, the Del Amo Estate Co. (which developed today’s Del Amo Fashion Center) was dissolved. Plaza Del Amo was christened by 1919; Del Amo Street was named c. 1932 and upgraded to “Boulevard” in 1944. 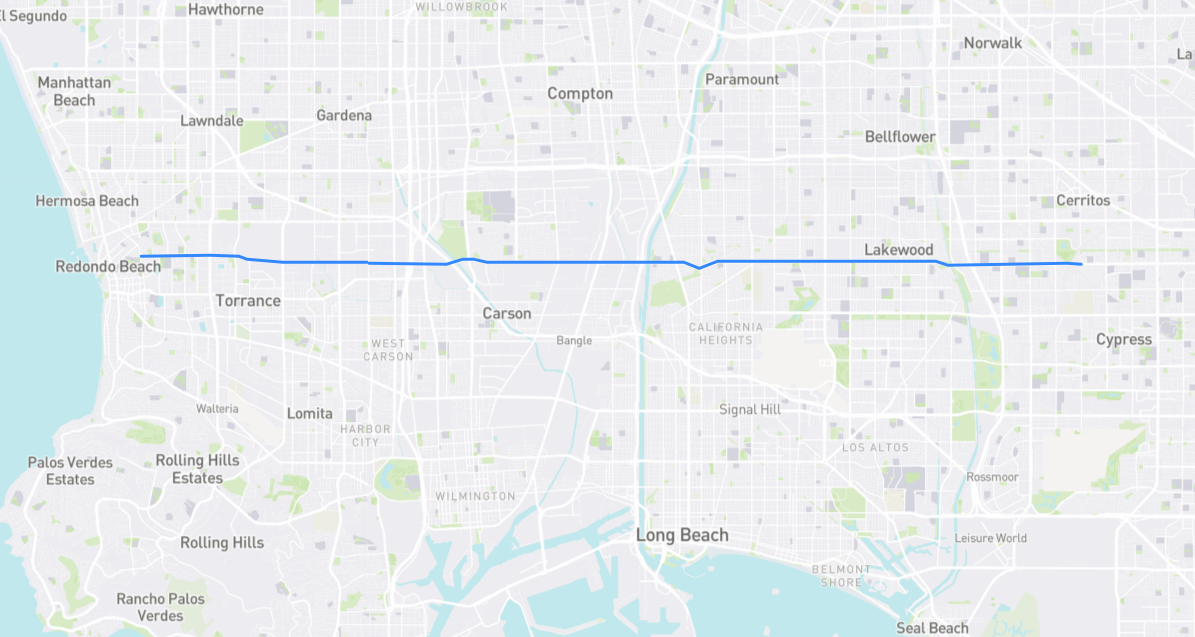