You could write a book about the convoluted origins of Figueroa Street. It was first laid out in 1849 – outside the old Los Angeles pueblo – as Calle de los Chapules: Grasshopper Street. (Proper Mexican Spanish would be chapulines, but chapules is an allowed variant.) Legend holds that if these crop-devouring insects made it past this road and into the vineyards, the year’s grape harvest would be doomed. Anyway, by 1867, a separate road called Figueroa Street had popped up a few blocks west, honoring General José Figueroa (1792-1835), who served as governor of Alta California at the end of his short life. During his two-year administration, Figueroa united the government, secularized the missions, and began offering land grants to Mexican soldiers: all major moments in California history. Back to the streets: Grasshopper was renamed Pearl Street in 1874; twenty-three years later, in 1897, Pearl became Figueroa while the old Figueroa became Boylston. Then, grasshopper-like, this new Figueroa would devour every street in its path as it expanded. Much later, the Arroyo Seco Parkway took a bite out of Figueroa itself. 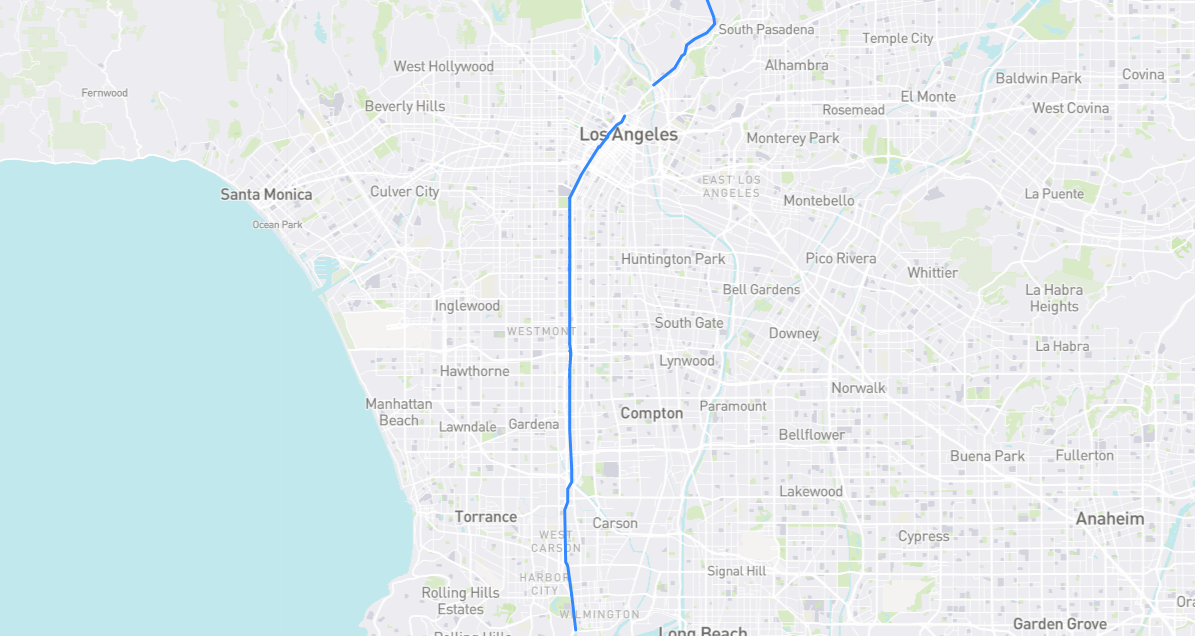