Ygnacio del Valle (1808-1880) was born in Jalisco, Mexico during the final days of Spanish rule and came to Alta California in 1825 as a soldier in the Mexican army. It was a chaotic period filled with infighting – del Valle even broke with his own father – but he was promoted to captain and granted half of the humongous Rancho El Tejón in present-day Kern County. He also inherited Rancho Camulos near Piru, said to have inspired the setting for Helen Hunt Jackson’s 1884 bestseller Ramona. Del Valle himself lived on Olvera Street and was active in local politics, briefly serving as L.A.’s last Mexican alcalde before California statehood. He retired to Rancho Camulos in 1861. His son Reginaldo Francisco “R.F.” del Valle (1854-1938) was a member of the CA legislature and a close friend of Carthay Center developer J. Harvey McCarthy; he was also active in the Native Sons of the Golden West, who advised McCarthy on street names here. 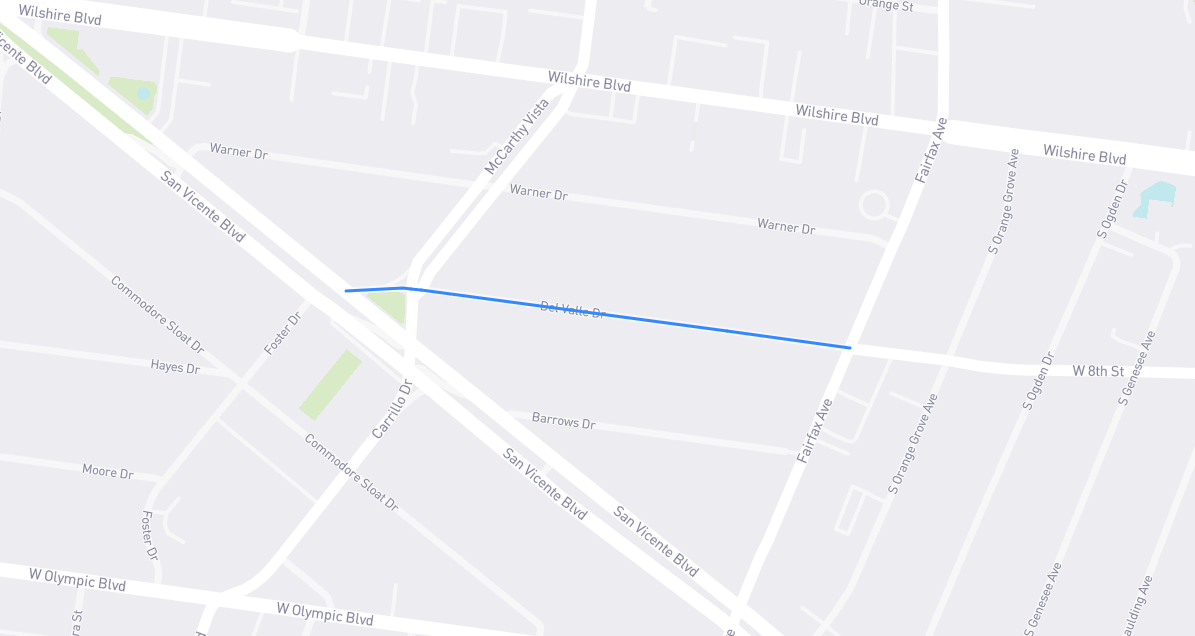