While its name elicits giggles, Dicks Street’s provenance is unknown. Owners of the 1922 tract on which it was born were Harry & Florence Coger, J. Ross & Lulu Charles, and John B. Jones; none had any Dicks in their families that I could find. There’s an off chance that the namesake is J.R. Dicks, a WeHo-based conductor at the Pacific Electric Railway, whose yards were located nearby. But I doubt it. And while some believe that streets in this neighborhood were named for silent movie stars (e.g., Norma Place), and thus Dicks was for Richard Dix (1893-1949), there’s no truth to it. 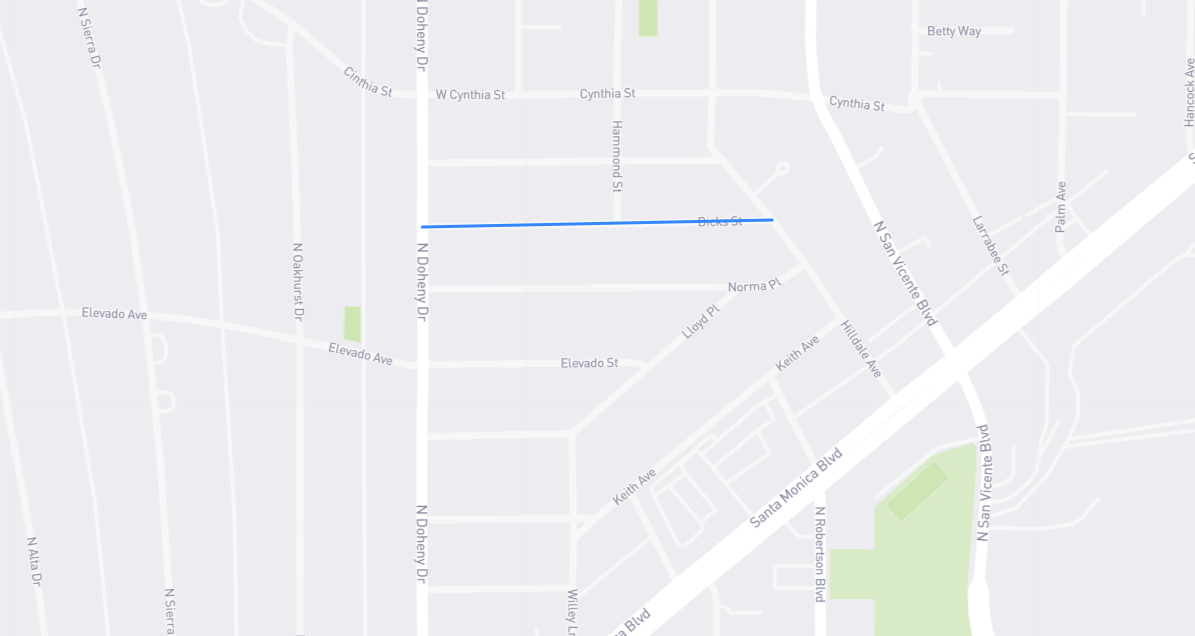