Some believe this is named for silent screen star Norma Talmadge. The rumor may have started because Talmadge’s name adorned a building at 9000-9006 Sunset Boulevard, just blocks away; she had helped architect Roy Selden Price bankroll the structure in 1931. (It was torn down in 1963.) But Norma Place was named in 1923, when Talmadge had no ties to this neck of the woods. A startup movie studio called the Silent Drama Syndicate bought 14 acres here in 1920 with the intention of setting up production facilities – see Lloyd Place – and they were apparently behind the naming of Norma Place. But if they were honoring Talmadge, it wasn’t because she had any connection to the company. P.S. Talmadge Street in Los Feliz isn’t named for the actress either, but head on down to San Diego’s Talmadge neighborhood and you will find streets named for all three Talmadge sisters: Norma, Constance, and Natalie. 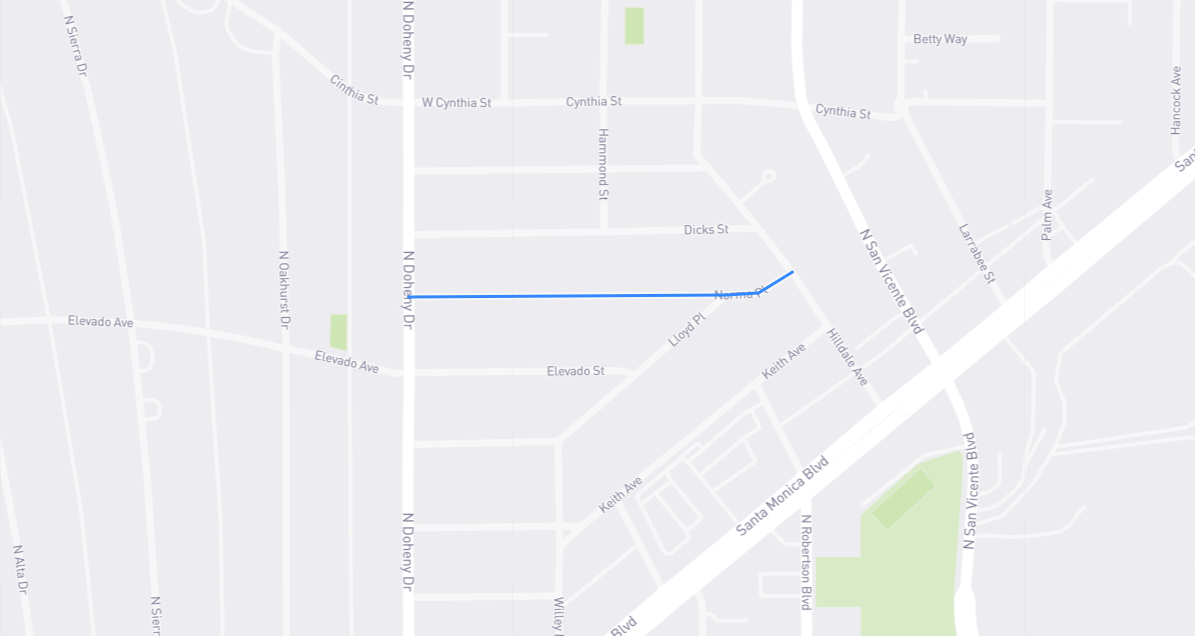