It’s plausible that Detroit Street was named by Andrew Hay (1846-1903) and Lizzie T. Hay (1852-1936) as part of their 1893 Formosa tract, located southwest of present-day Hollywood Blvd. and La Brea Ave. Other street names on the tract had personal meanings for the Hays, and in fact Lizzie might have named them after Andrew’s death. Sutherland Ave. (now part of La Brea, north of Sunset) took her maiden name; Francis Ave., now Fuller Ave., was for their son Francis. Most tellingly, Michigan Ave. (now part of Hawthorn Ave.) was for Lizzie’s home state… and it intersected with Detroit Street. Lizzie Hay hailed from Saginaw, 100 miles away from Detroit, but it’s reasonable to believe that she named this street to honor Michigan’s largest city. 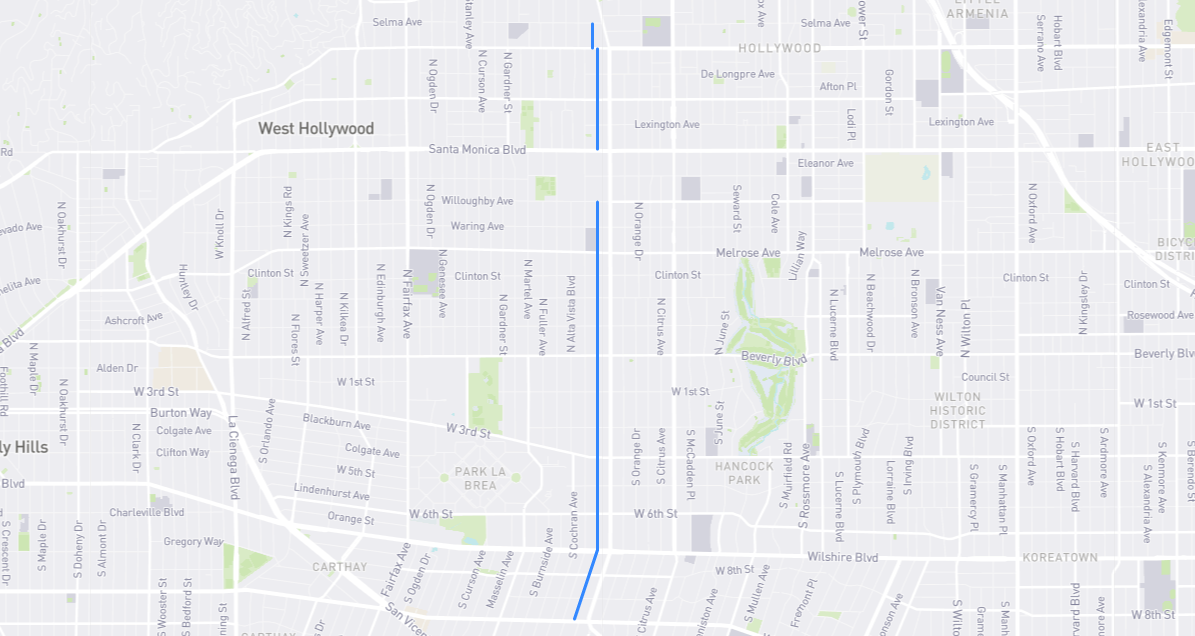