“Don Julián” was the Mexican cognomen of William Workman (1802-1876), the Englishman who with John A. Rowland acquired Rancho La Puente in 1842 and soon built himself an adobe here – nearly a century before this street was named in his honor. (The earliest reference I found to Don Julian Road was in 1939.) Workman saw his fortunes rise and fall in this very house, which he remodeled just a few years before his suicide. The house still stands next to that of Workman’s grandson Walter Temple and is open to the public as the Workman and Temple Family Homestead Museum. Spanish speakers may wonder why Workman’s first name was Spanishized to “Julián” instead of “Guillermo”, which is the correct Spanish variant of “William”. I haven’t the foggiest. 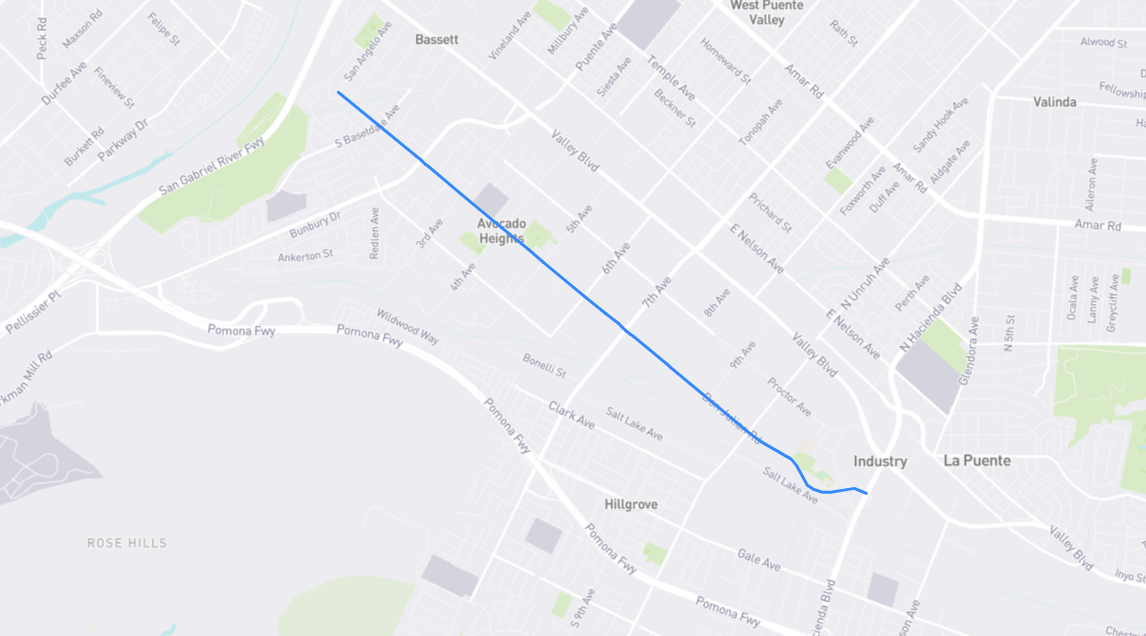