Said to be named for Henry Drummond (1851-1897), a religious lecturer and scientist from Stirling, Scotland who was a proponent of “theistic” evolution. (His books Natural Law in the Spiritual World and The Greatest Thing in the World were big hits.) I’m not 100% certain that Drummond Street honors this particular Drummond: this neighborhood’s alphabetical (except for “J”) streets are mostly named for notable Methodists, as Pacific Palisades founder Charles H. Scott was a Methodist pastor. Drummond was a member of the Free Church of Scotland, but his evangelical and educational legacies make him the most likely namesake for this street. 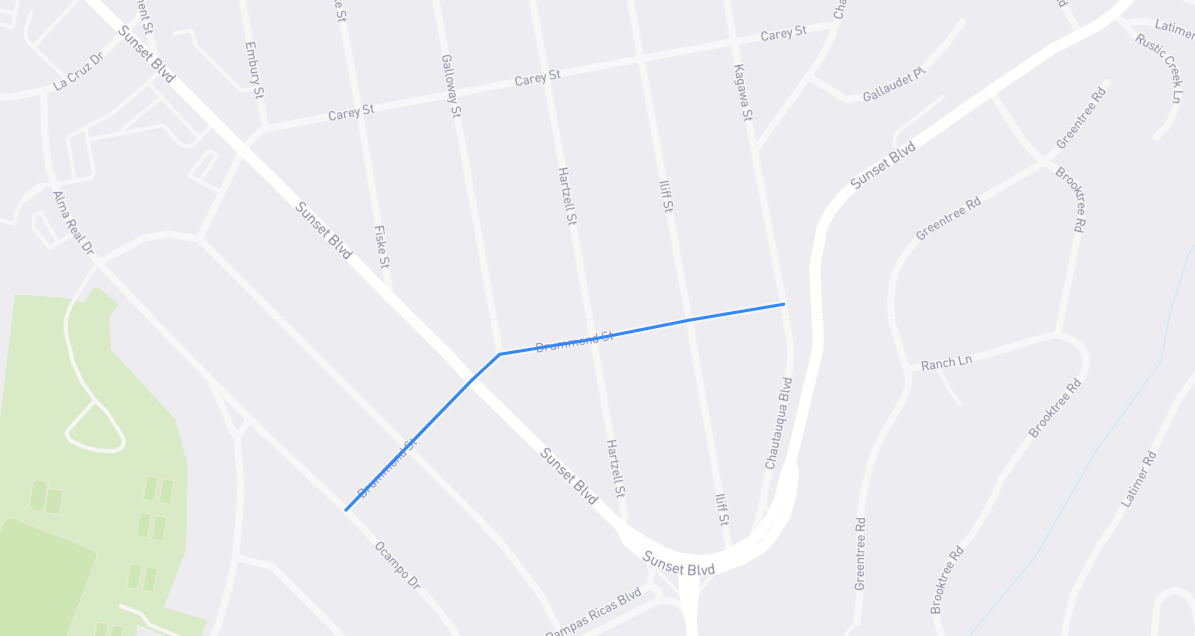