Named for a long-forgotten Mexican singer. Alma Real Drive was born on the Huntington Palisades tract, so-called because the land once belonged to railroad baron Collis P. Huntington; his son Archer sold the property to developers in 1926. As the story goes, a civil engineer who laid out the tract was a fan and/or friend of soprano Alma Real – the stage name of María Cristina Méndez (b. 1886, d. after 1953), who was enjoying local fame at the time. So he gave her a namesake street. From what I could piece together, Méndez was born in Mexico City and made her New York debut in 1918. (While she was there, her ex-husband took their sons Alonzo and Germán back to Mexico; she got them back.) She was living and performing in El Paso in 1923. The following year, she sang Mexican folk songs at the Hollywood Bowl as part of “Spanish-Mexican Night”, making her the first Latina soloist to grace the Bowl’s stage. Méndez/Real stayed on in L.A., giving concerts, marrying a second time (it was over in two years), and even taking small roles in B-movies before moving back to Mexico City in 1937. I found nothing about her after a 1953 human interest story in an Oklahoma newspaper. 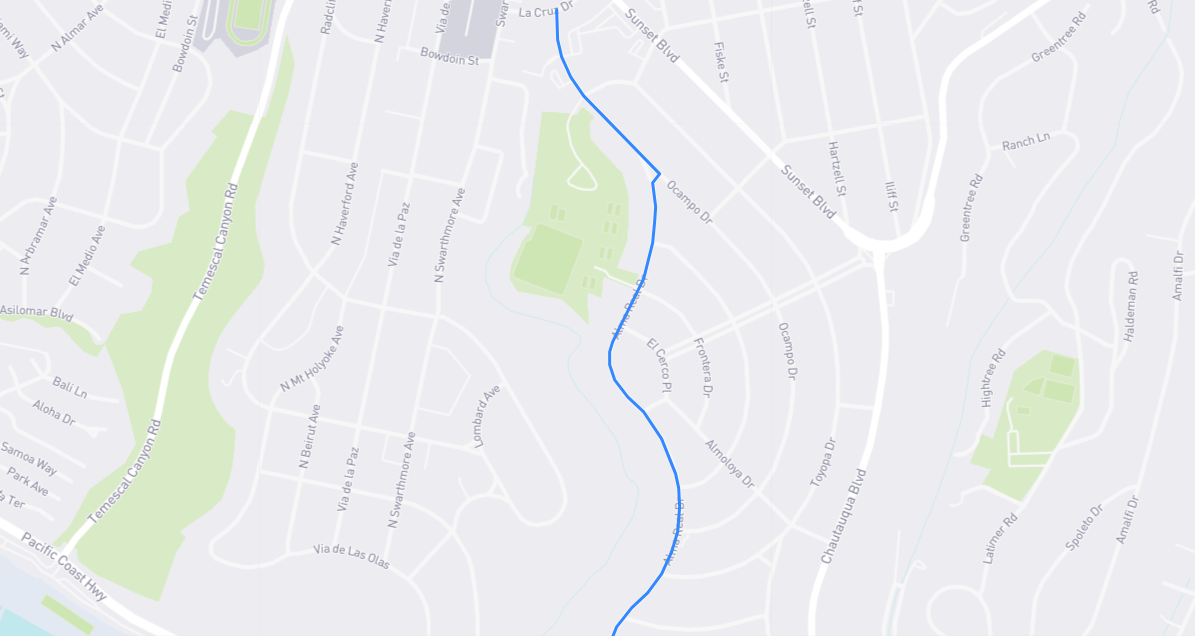