Temescal means “sweat lodge” in the Nahuatl language of the Aztecs, which is still spoken. California has at least two other notable Temescals: a valley in Riverside County and a neighborhood in Oakland. Both were early 1800s Spanish land grants and it’s been posited that each was indeed named for a tribal sweat lodge already existing on the land. As for this Palisades canyon, I found no indication that such lodges ever existed here. It was first name-checked in an 1888 newspaper and more thoroughly discussed in 1906 when it was the scene of a headline-grabbing crime: a Bavarian butcher named Anton Besold shot his wife Claudie deep in the canyon, then fled cross-country and married another woman a month later. He was sentenced to life in San Quentin. Today’s Temescal Gateway Park was, in the 1920s, the Southern California center of the Chautauqua movement. The street itself was named in the 1930s. 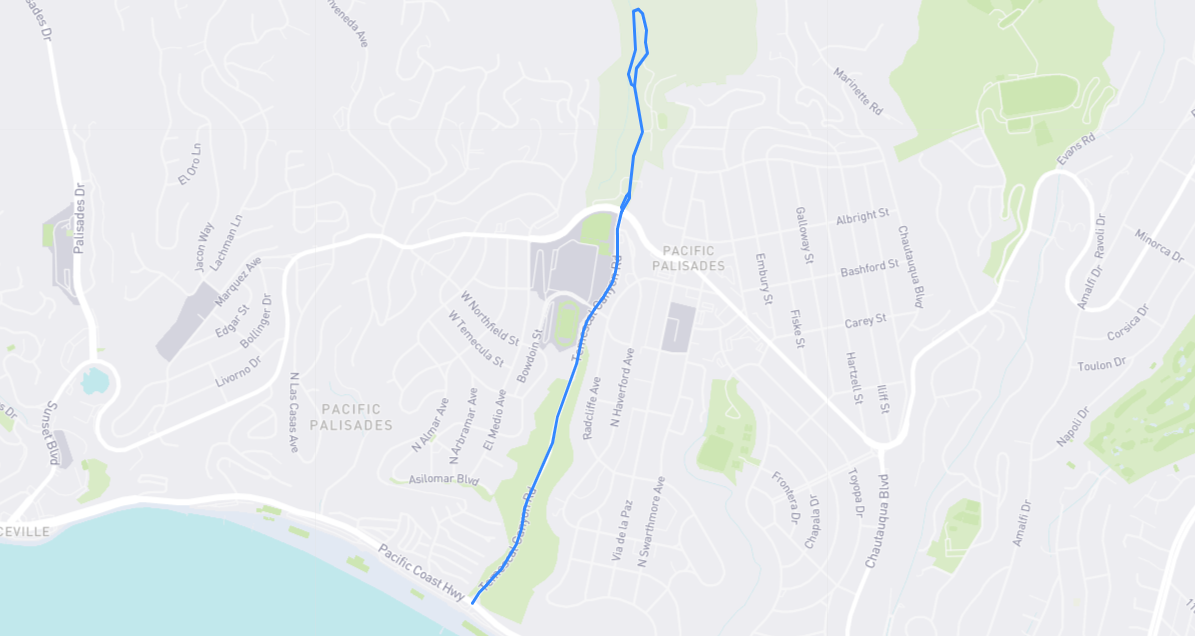