Amelia Earhart (1897-?) is as famous for her 1937 disappearance as she is for being the first woman to fly solo across the Atlantic, which she did in 1932. (She was also the first person to fly solo from Hawaii to California.) Born in Kansas, Earhart and her family moved often, which may have developed her taste for travel. She even lived in Los Angeles between 1920 and 1924 – she took her first flying lessons in Long Beach – but became a celebrity on the East Coast. She returned to L.A. in 1935, along with husband/publicist George Palmer Putnam, as their house in New York had burned down, her mother was here, and she wanted to work with Hollywood stunt pilot Paul Mantz. The Putnams bought a house in Toluca Lake. Two years later, Earhart and her copilot Fred Noonan vanished somewhere over the Pacific while attempting a round-the-world flight. Earhart Ave. was named in 1941. 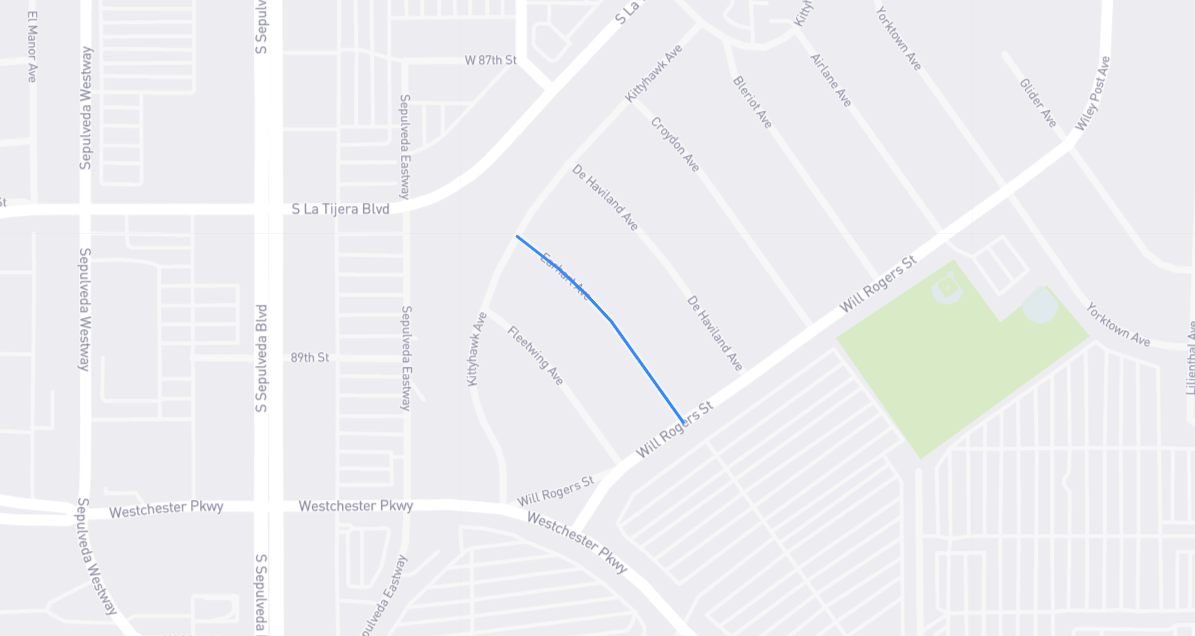