In 1904, Leslie Coombs Brand (1859-1925) laid out the Glendale Boulevard tract and anointed its streets with names that had personal meaning to him: Louise for his wife; Dryden and Stocker for his sisters; Campbell for his dearest friend. As for Randolph Street, there are two potential namesakes. The first is Randolph County, MO. Brand lived there in the city of Moberly for several years, and it’s where he learned the ins and outs of title insurance – the field that made him a fortune. The second is “Colonel” Epes Randolph (1856-1921), the Virginia-born railroad tycoon famous for developing Tucson, AZ. Randolph worked with Henry E. Huntington on the Pacific Electric Railway… and Huntington, who partnered with Brand on several ventures (see the other Brand Blvd.), co-owned this tract. Brand himself had ties to the “Colonel” in 1904, so it’s possible that he named this street for him in tribute. But it’s hard to believe Brand would have valued Epes Randolph as highly as he did his own wife and sisters. 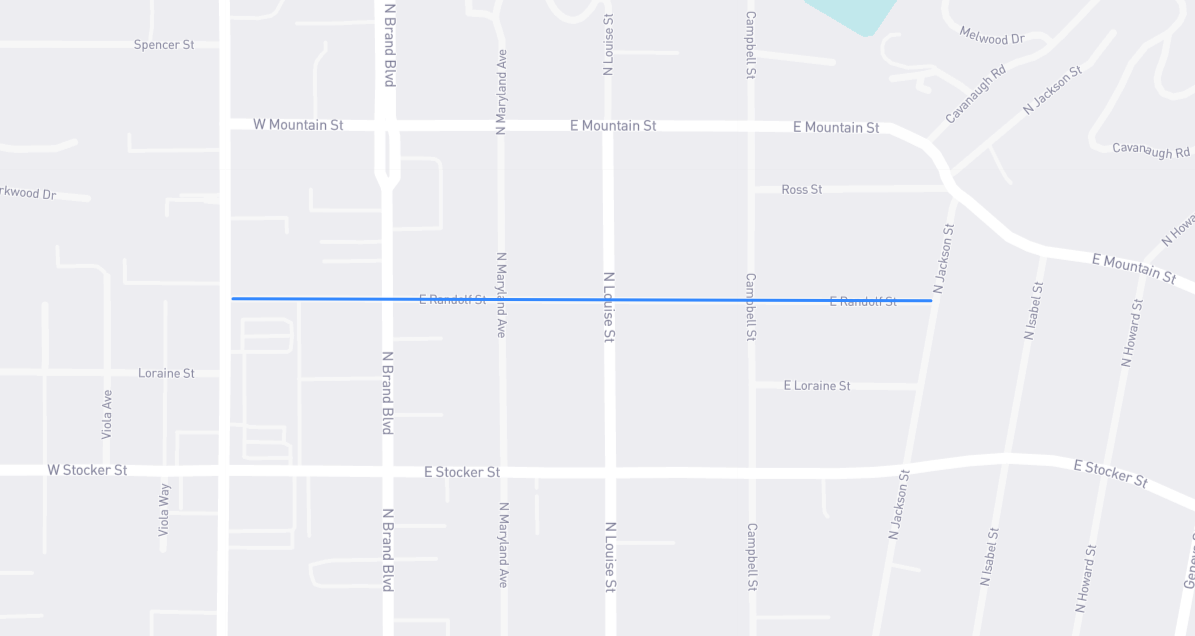