Westside pioneer Elenda Young (1815-1898) went by many names. Born in Kentucky, apparently as Eleanor Holman, she moved to Missouri and married her first husband John Henry Rose in 1833. (Of their four children, son Anderson is the namesake of Rose Avenue.) After his death, she married Enoch Griffin in 1847 and had one son with him. Griffin perished on a wagon train in 1852, so Elenda – also known as Nelly – soon wed husband number three, James T. Young (1813-1866), although it’s not clear if they got hitched before arriving in CA in 1853. At any rate, the whole clan – with baby Enoch Griffin Jr., James’s son John, and the four Rose kids – settled here to farm, with James buying B.D. Wilson‘s thousand acre portion of the Rancho La Ballona in 1859. The Elenda Young tract was set up by 1895 on land that the now-thrice widowed Elenda had inherited from James. Her eponymous street appeared by 1905, possibly earlier. Curiously, her tombstone reads “Elender Young”. 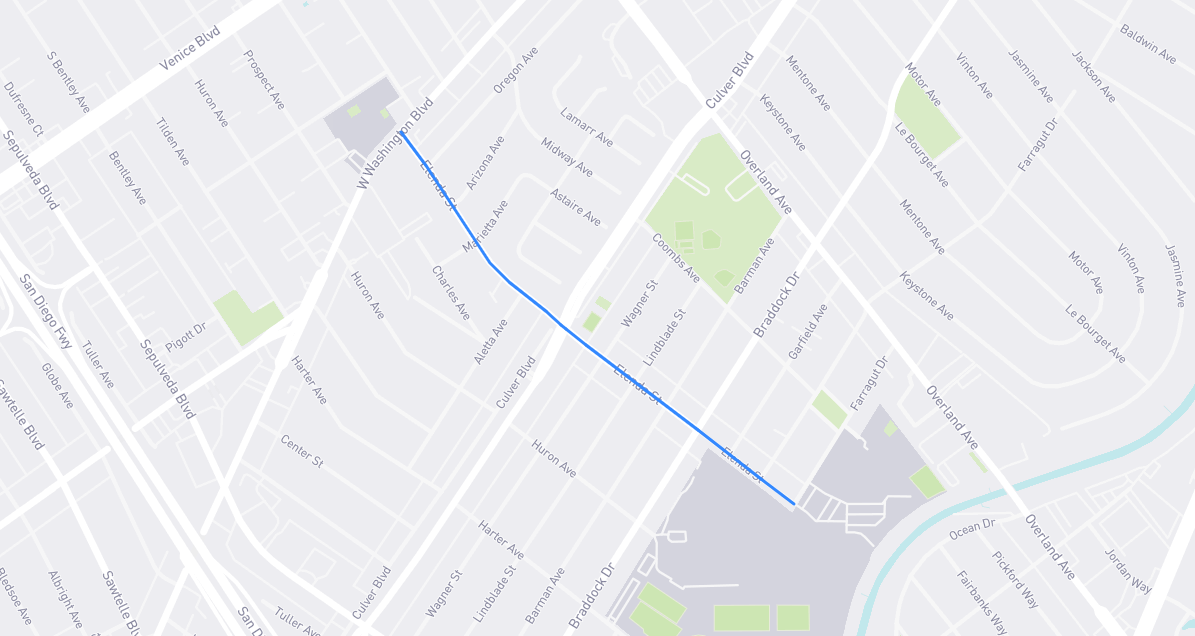