Most streets called Rose Avenue are named for the flower. This one’s named for a farmer. Anderson Rose (1836-1902), a teenager from Macon, Missouri, wagoned out here to Rancho La Ballona in 1853 with his mother Elenda Young, stepfather James, and various siblings. (Anderson’s late father was Elenda’s first husband John Henry Rose.) He moved up to the Stockton area sometime before 1860, but returned by 1869 to purchase half of his recently-widowed mother’s land, marry a 15-year-old Mississippi girl named Annie Shirley (1854-1948), and set to farming. The Roses were known for their dairy products, but they bred horses and grew fruit and nuts as well. Anderson also had a thing for real estate speculation, buying and selling thousands of acres across the Southland, including some from Hollywood pioneer Ivar Weid. Rose Avenue opened at the beach in 1900 (likely on Rose’s land); the street technically reached Overland Avenue in 1925, but it took several more years to fill in the gaps. 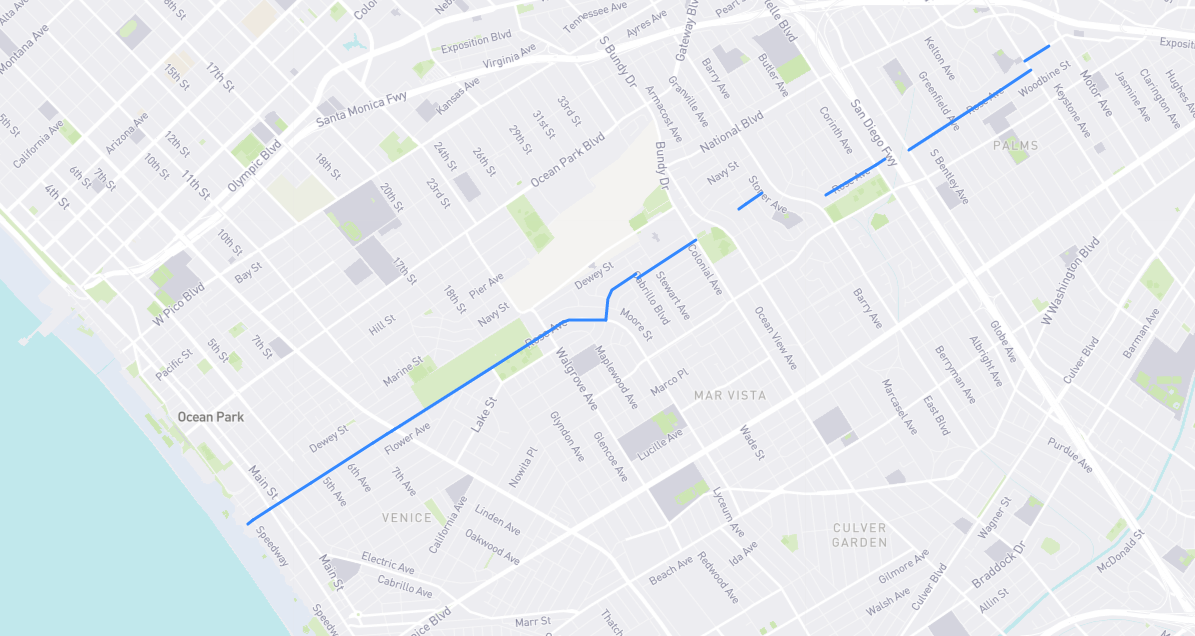