Named for activist Caroline Maria Seymour Severance (1820-1914) and her banker husband Theodoric Cordenio “T.C.” Severance (1814-1892); their house was on Adams Blvd. just steps away from their namesake street, which they christened in 1886. The land had been purchased in Caroline’s name, which is fitting, since she was more prominent than T.C. and was also an early feminist: among her many friends were Louisa May Alcott, Susan B. Anthony, and Elizabeth Cady Stanton. Born and educated in upstate New York, Caroline Seymour married T.C. Severance in 1840 while he was working at her uncle’s bank. T.C. was a native of Massachusetts but grew up in Ohio, so the couple relocated to Cleveland shortly after their wedding. While both were well-known abolitionists, Caroline was also big in the suffrage movement and gave many lectures on the subject. In 1855, the Severances moved to Boston, where in 1868 Caroline founded the New England Women’s Club with Julia Ward Howe. The Severances followed their sons Mark and Seymour to Los Angeles in 1875 and settled on Adams. Here Caroline established the city’s first Unitarian Church (with T.C.), its first free kindergarten, and naturally its first women’s club. 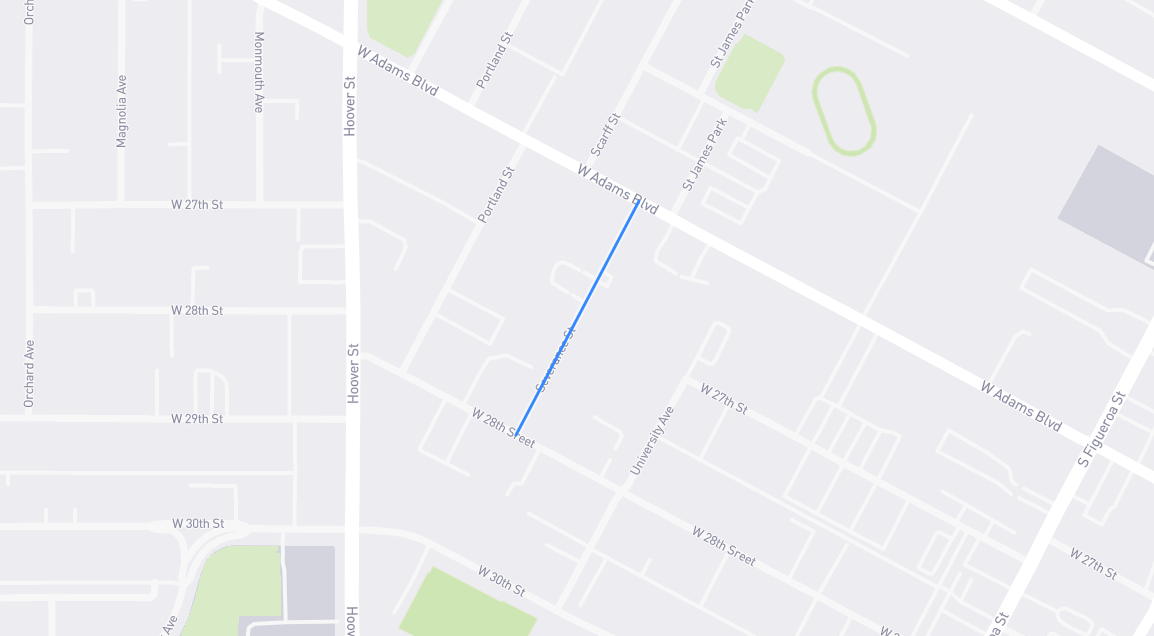