Hope Street was on Ord and Hutton’s historic 1849 survey map of Los Angeles – yet like several streets on the map, it didn’t really exist until the late 1860s. Why? Because the map was aspirational in nature, a plan of the “future city” intended to lure in new residents and investors. “Hope” may have thus reflected our cash-strapped leaders’ hopes for buyers. (The street’s Spanish name: Calle de las Esperanzas.) There’s also a theory that it was part of a “Faith, Hope, and Charity” trio of streets: see Flower Street about that. And some say it was named for Dr. Alexander W. Hope (c. 1820-1856), a Virginia-born physician who came to L.A. in 1848, ran a drug store, practiced medicine with John Strother Griffin, and was named the city’s first chief of (volunteer) police in 1851. Two years later, Hope was captain of a new law enforcement group called the Los Angeles Rangers. He even served in California’s first legislature and ran for mayor. In short, Alexander Hope was a big name in a small town, certainly as worthy of a tribute street as Trinidad Ortega was (see Spring Street). But hope as I might, I haven’t found proof. 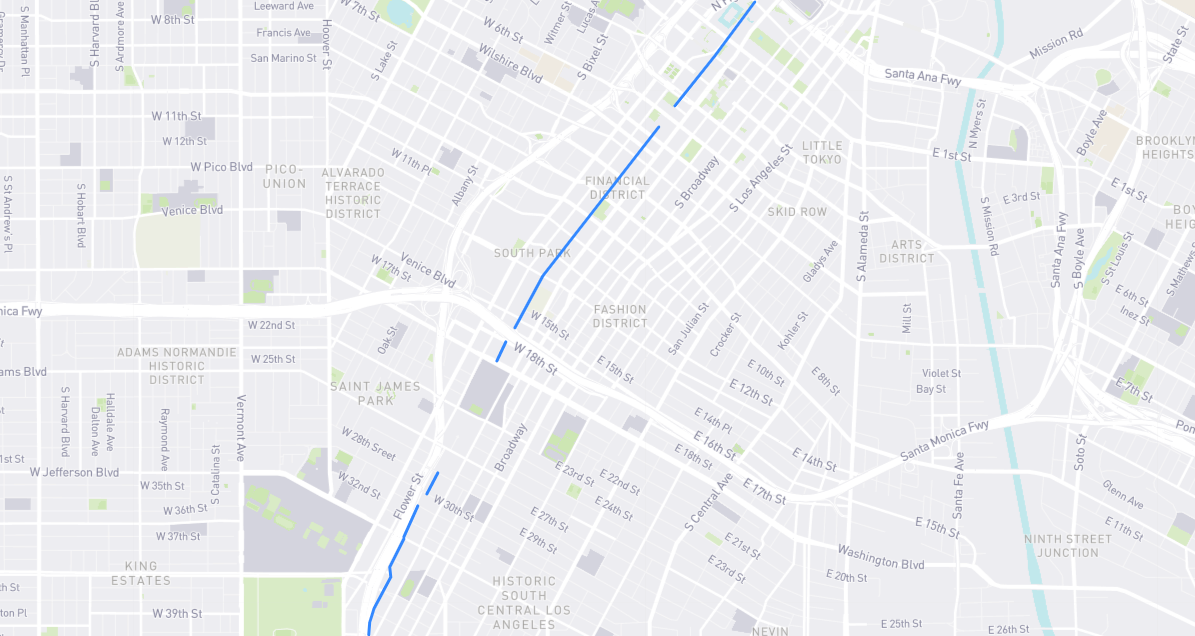