A street called Elm typically warrants no explanation, but this one’s an unusual case: it was originally called Elmina Street, after Elmina Gibbs (1813-1892), whose husband George cofounded Pomona in 1875. (See Gibbs Street for more on them.) Elmina Street was shortened to Elm Street in 1917, right after Louisa Street was renamed Locust Street and just before Imogene Street became Linden Street. (Women turning into trees – it’s straight out of Greek myth!) For more on why Pomona got rid of most of its early feminine street names, see Main Street, née Elizabeth Street. 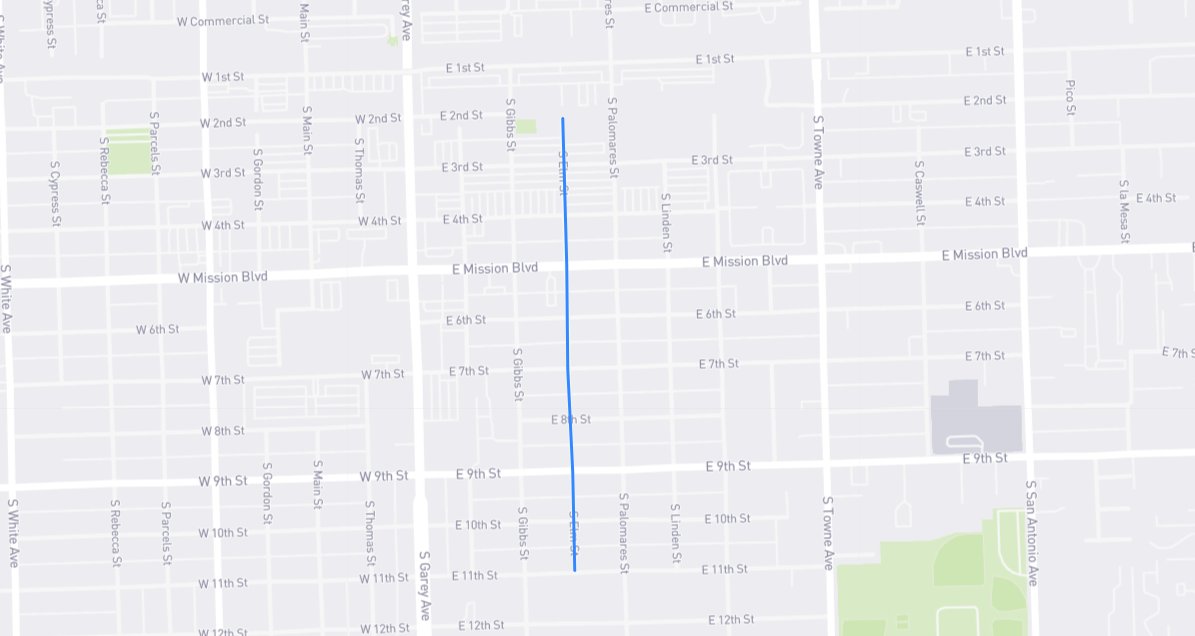